Mark Powers Through The Pain To Bring Back Bronze

Calne man, Mark Townend returned from the Commonwealth Powerlifting Championship in Canada this week with a handful of bronze medals despite an early injury. 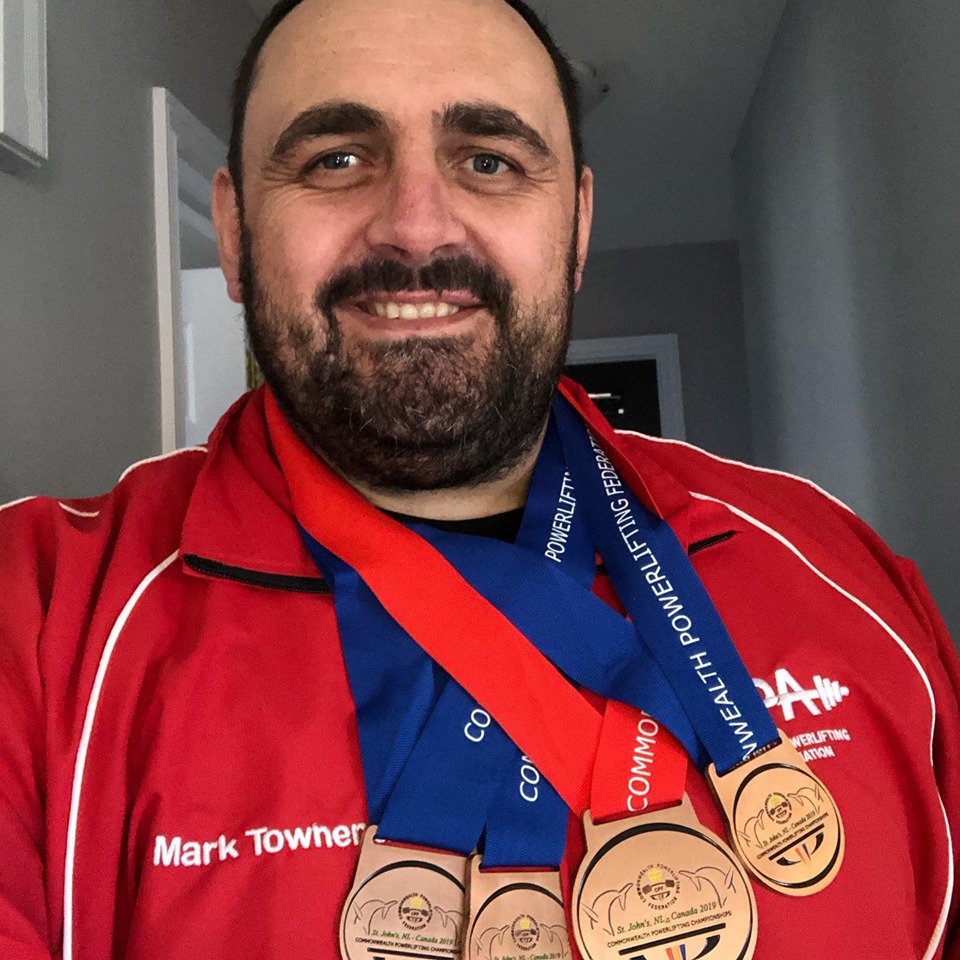 The All England Masters Powerlifting Champion 2018 and 2019 travelled to St John's Newfoundland and Labrador in Canada last week to take part in the Commonwealth Championship representing England.

Mark only started powerlifting in 2018 when he found local gyms no longer held weights heavy enough for him. He was told about Swindon Barbell Club based in Lyneham and he was soon fully immersed in an extensive training schedule.

At the All England Powerlifting Championship in June Mark's winning lifts were 250kg squat, 175kg bench press and 260kg deadlift. Alongside winning the Championship, he also gained 4 English records.

However, in Canada, an early injury left Mark's quest for success severely compromised. He told us: " I managed to travel half way round the world only to blow 2/3 ribs and tear a lat on my opening squat, I honestly thought I was having a heart attack, the pain in my back and chest was so intense. I timed out my last two squats while the physio tried to sort me out.

"Moving onto bench press I only managed to lift my opener at 165kg and then failed at 175 twice because I couldn’t lock my lats or raise my chest to the bar.

"Deadlifts went in a painful blur - I opened on 180kg at the request of the England team coaches in order to secure a total and more than likely overall bronze. I then pulled a 195kg to continue building a total and keep me ahead of the 4th place lifter.

"I finally pulled 225kg which secured 3rd in that too."

In the end, Mark earned 4 bronze medals. He added: "I am gutted I wasn’t able to do justice to my training over these last few months and was a mile away from what I’d hoped to finish on (260 squat / 182.5 bench / 277 deadlift). But I’ll repair and chase those numbers down another day."

As soon as Mark has recovered from Canada he will be back in the gym training towards the British Masters Championships at end of October if he is successful there he is hoping to be selected for Great Britain in 2020 World Championships.