Wiltshire Council-funded athletes have been making waves both in the UK and abroad over the past few months, bringing lots of medals back to the county in the process. 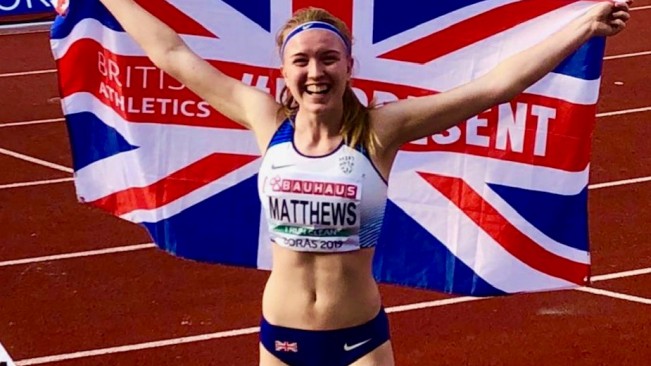 The council has been supporting up-and-coming athletes for a number of years through its Funding Future Olympians and Paralympians Foundation, with the aim of helping local talented athletes reach their potential.

Jessica Daykin, from near Devizes, won silver on the beam at the British Gymnastics Championships in March and has now been selected for the GB gymnastics team.

Dan Bethell, from Chippenham, is now completely focused on 2020 Paralympics, having won gold at the Tokyo para-badminton qualifying event in Canada earlier this year. He is now ranked number two in the world.

Salisbury's Lucy-Jane Matthews, although still just 16, was recently selected for the under 20 European Athletics Championships, where she won a bronze medal in the 100m hurdles. Lucy has also set the new British under 18 record, and is now ranked as the UK under 20 number one and the best under 18 in Europe.

Sarah Wilson, from Trowbridge, won a silver in the mixed relay at the under 19 laser run world championships, while Malmesbury rhythmic gymnast Eirlys Jones became British Champion in her age group in the clubs, and Rory Howorth won bronze in the long jump at the English Schools Championships.

Allison Bucknell, Wiltshire Council Cabinet Member for Leisure, said: "The results and progress our athletes have already made this year illustrates the importance of the Funding Future Olympians and Paralympians Foundation grant fund.

"The support of Wiltshire Council and Wiltshire businesses has really helped our young people achieve their sporting goals, and we look forward to more success as they work towards achieving the top honours in their sports."

Dan Bethell said: "This funding has been important to me over the years as I worked hard towards the goal of competing at the Paralympics. The support has allowed me to focus on the all-important training as well as travel to international competitions."

Lucy-Jane Matthews said: "I am so grateful for all the funding support I have had, starting with the Sports Scholarship through to the Elite Athlete Grant. This has helped me to progress through my sport, gain GB selection and to win a medal at my first major championships.

"The support means so much to me. Knowing I have the backing of my local community has inspired me to achieve even greater success in the long-term."

Later in August, Matthew Cave from Calne will aim to repeat his 2017 success when he runs at the World Transplant Games, and Dan Bethell is competing in the para badminton world championships, while in October Chippenham cyclist Lauren Booth will ride in the INAS World Games in Australia.