November proved to be a very tough month for both Bromham Owls and Calne Eagles as they saw their challenge falter in The Trowbridge Windows and Conservatories sponsored Division Two in The Trowbridge and District Football League. 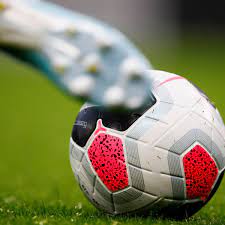 Both teams started the month with heavy defeats which saw them both crashing out of The Wiltshire Junior Cup in the second round.

For The Owls an Adam Butterworth strike proved merely a consolation as they suffered a 7 – 1 defeat after a long trip to
Alderbury FC.

Calne Eagles travelled to Swindon to face Nationwide FC and bowed out of the competition losing 5 – 1. George Dolman
was on the scoresheet for The Eagles.

Returning to league action the following weekend saw Calne pick up their only point of the month with a 1 – 1 draw away to Dilton Marsh Wanderers. Jake Mizen scoring from the spot for The Eagles. The Owls had a free weekend.

The 20th November saw The Eagles having a week off and The Owls travelling to Bradford Town ‘A’ to resume their promotion bid from Division Two. Unfortunately Bromham will regard this as two points dropped as they came away with a 3 – 3 draw with goals from Ryan Collins, Harry Ringwald and Will Baguley.

This result kept The Owls in the automatic promotion spot in The Trowbridge Windows and Conservatories sponsored Division Two, but they were looking over their shoulders at Potterne FC who were only a point behind them but had played 3 games less.

The Owls were due to face Potterne the following week in a promotion six-pointer.​

However, on the 27th Bromham Owls travelled to face Potterne but lost 7- 4 in an exciting game that meant Potterne must now be favourites to claim the last Division Two promotion place leaving The Owls facing another season in the lower Division next year.

TylerBeattie, Will Baguley, Harry Ringwald and Samuel Wallis were on the scoresheet for Bromham in a disappointing afternoon.

The Eagles ended a difficult month without a victory losing heavily 9– 1 away at Shrewton United Development, Thomas Sigee scoring the only goal for Calne.

The month ended with Bromham Owls in third place and Calne Eagles in seventh in The Trowbridge Windows and Conservatories sponsored Division Two with both teams hoping for a better December.

For more information including latest news and league tables please go to the new Trowbridge and District Football League website.