In the last fortnight Bromham Owls and Calne Eagles have remained in excellent form and remain firmly in the hunt for a promotion spot in The Trowbridge Windows and Conservatories sponsored Trowbridge and District Football League Division Two. 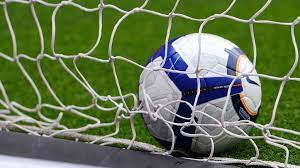 Calne Eagles have faced difficult away games to Westbury United ‘A’ and Aces FC but came away with victories from both.

Against Westbury, Eagles started slowly going behind but worked themselves back level at the break with an Adam Welch equaliser. In the second half Eagles took control and a second strike from Welch and a goal from Dale Rowland made the final     score   3 – 1.

Last weekend against Aces FC Rowland and Welch were on the scoresheet again along with Karl Sherratt with to earn the Eagles a hard-fought 3 – 2 win to leave them fifth placed in Division Two, three points away from a promotion spot with ten games remaining.

Bromham Owls also have ten games remaining but are sitting in fourth place two points better off than Eagles after a 7 – 1 humbling of Bradford Town ‘A’ last weekend. In a match which The Owls controlled for long periods, two goals apiece from Samuel Wallis and Tyler Beattie with single efforts from Caleb Englefield, Will Baguley and Todd Buckley saw the points go to The Owls.

This weekend, 2 nd October, Calne Eagles are at home against Dilton Marsh Wanderers with a 3pm kick off at Beversbrook while Bromham Owls will travel to Steeple Ashton to face The Stiffs, also kicking off at 3pm.​

For more information including latest news and league tables please go to
FA.com/full-time and search for Trowbridge and District Football League.
Also follow on Twitter @officialTDFL