Launched 28 years ago, the recent Bowood Golf Club Championship 2020 saw a brother and sister win the Men’s and Ladies’ titles for the very first time. Additionally, 16-year-old Calum and Maya Fitzgerald are the first twins to have triumphed alongside each other in the annual competition that is open to all ages. 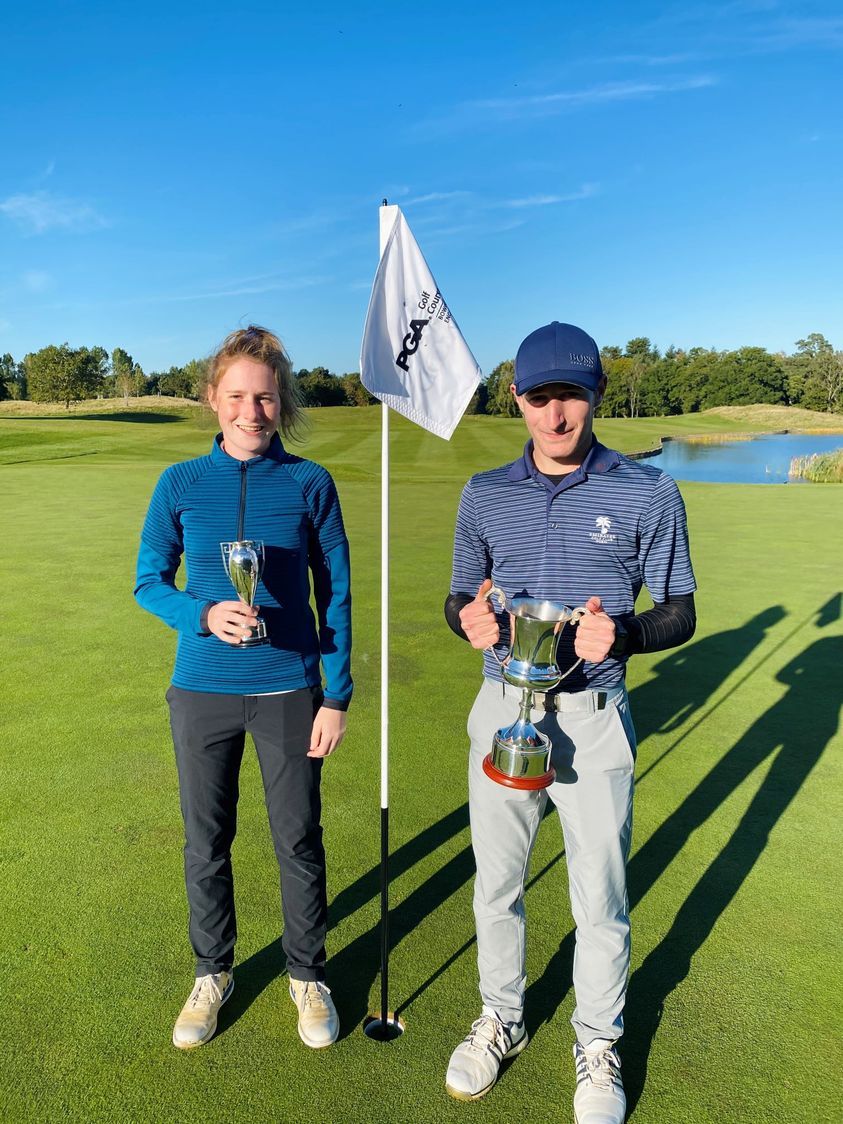 Playing off a handicap of five, Maya was the youngest competing in the Ladies’ challenge while Calum - with a handicap of three - was one of the youngest (a 65-year-old being the eldest) in the Men’s championship that was held at the PGA accredited golf course and academy at Bowood over the last weekend in September.

The twins’ triumphs are all the more impressive with Calum having taken up the game just three years ago and Maya only playing for the past two years. Living in nearby Derry Hill, after watching golf on TV and seeing how lovely the course at Bowood looked, Calum thought he ‘might give it a go’.

One lesson with Bowood golf pro, Gregg Hood and he was off. ‘Being twins, Calum and Maya were used to spending a lot of time together and always had similar sporting interests,’ says their mother Marie. ‘The year after Calum started golf, he was then spending so much time practising that Maya decided to tag along with him a few times. Once she had a lesson
with Gregg she was also instantly hooked.’

The twins’ love of the outdoors and taking exercise in wide open countryside could well have been sparked from the age of two when they became regular visitors to the Adventure Playground at Bowood House & Gardens. It would only be a matter of time until they would graduate on to another outdoor pursuit on the 18-whole championship golf course only a mile away on the Bowood Estate.​

Reflecting on her Ladies’ title Maya says, ‘It’s great to win such an important and historic vase at aclub that’s as recognised as Bowood. Every round of golf is different and I enjoy practising the manydifferent aspects of the game, both mental and within the swing.’
Calum equally regards the recent Bowood championship as a prestigious event and says, ‘I had never expected to win as the standard of the golf club’s members golf is so high. It’s the continuous challenge of trying to get better that I particularly enjoy, as well as discovering how the game can be played in so many different ways.’
Lockdown inevitably meant they had to spend several months away from the course. ‘I really did miss it,’ says Calum, ‘particularly as we would walk pass it every day as we took our allowed exercise.’ Maya adds, ‘I also missed having the chance to see how the shots would have come together out there.’

The twins’ golf training didn’t slip however as their mother reveals, ‘We managed to get a practice net for the garden and Gregg gave Maya and Calum online coaching.’
With Bowood’s golf course back in action again, the two pin-point what appeals to them most here. Maya lists, ‘The length, condition and challenge of the course; the practise facilities; our coach Gregg as well as the support and friendliness from the members and people who work there.’
‘There’s such an inviting atmosphere around the club with the welcoming members and ever helpful PGA pros and staff,’ continues Calum. ‘The course itself is always presented in excellent condition and provides a real test, which helps to improve shot making. The academy course is an excellent practise facility, allowing me to work on all areas of my game. Gregg always offers advice whenever things are and aren’t going well and his enthusiasm is so motivating.’
Built on former farm land and opened in 1992, Bowood’s 18-hole championship course (designed by the late Ryder Cup player and renowned architect, Dave Thomas) has long been regarded as one of the top courses in the south west and is ranked number one in Wiltshire by www.top100golfcourses.com
.
Weaving through 200 acres of its own, dedicated mature woodland, within the western corner of Bowood’s Capability Brown parkland, the course suits both the occasional golfer and the experienced pro. 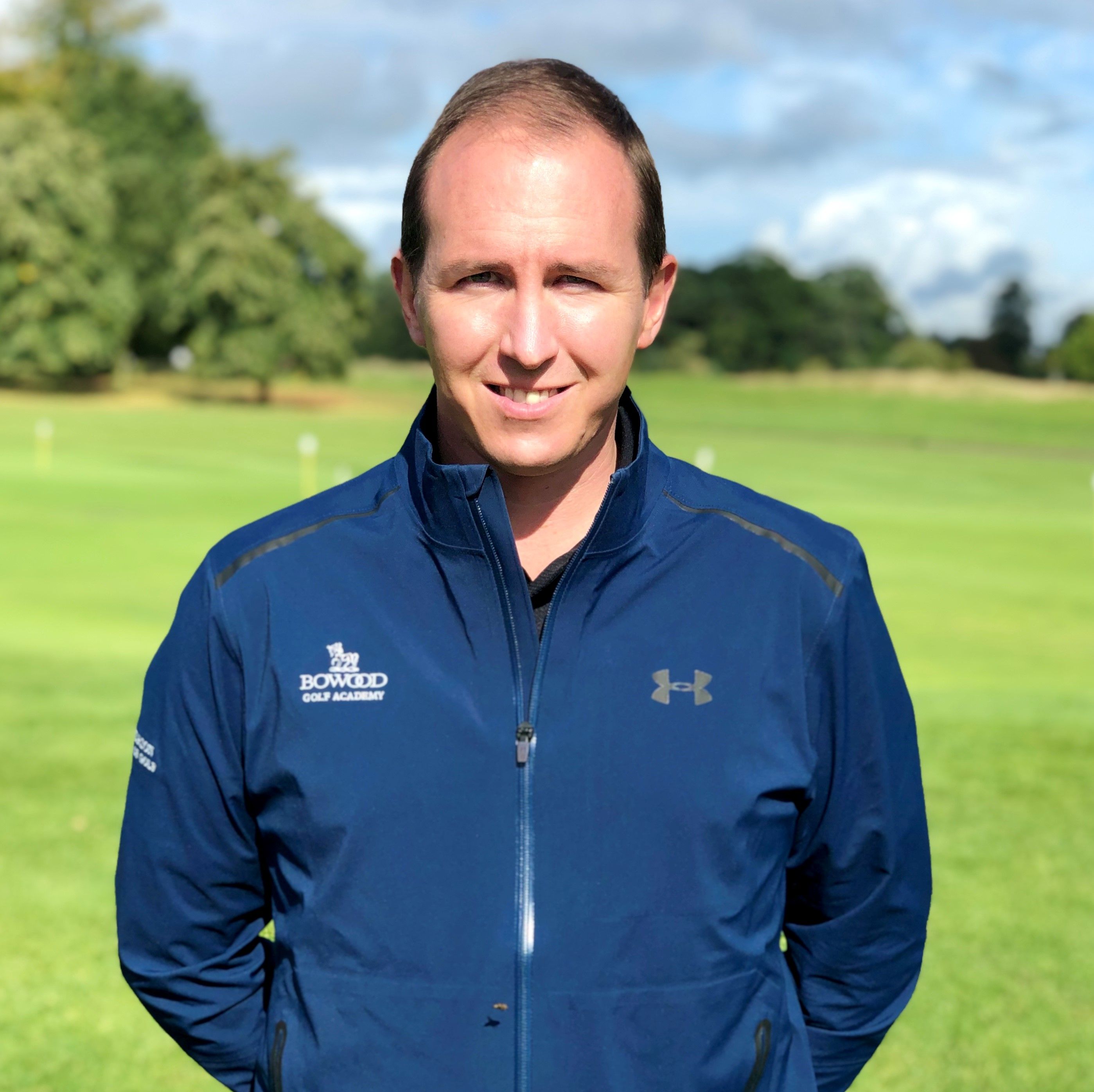 Superb practice and training facilities are also part of the equation. Ben Emerson, Director of Golf at Bowood has high hopes for the two young Fitzgeralds. ‘It is
marvellous to see how Calum and Maya have progressed as golfers in these past few years under Gregg’s skilled guidance. The whole team at Bowood extends huge congratulations to our first sibling champions on their individual wins alongside one another.
‘It was not that long ago that European Tour winner Jordan Smith achieved success in the 2008 Bowood Golf Club Championship as Maya and Calum have done this year - and look at where he is now. The Fitzgerald surname is definitely one to watch and we are wishing you both lots of future success.’