What is Japanese knotweed? Here local Estate Agent Mark Townend from Appleby & Townend explores how this invasive nuisance has knocked £Billions off the value of the UK property market. 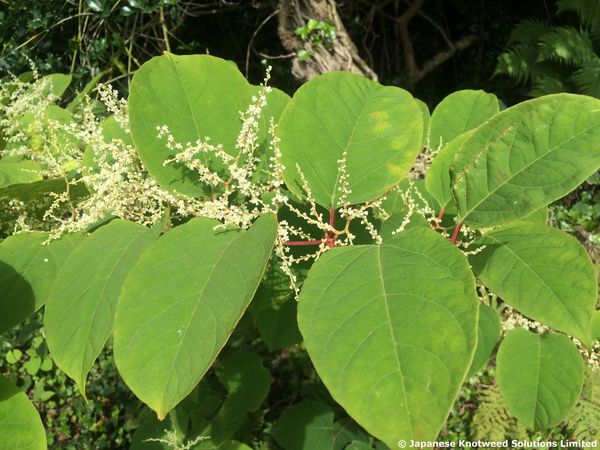 Japanese knotweed has knocked £20bn off the total value of the UK property market, according to new research, with many mortgage lenders refusing loans for an estimated 900,000 properties affected by the weed.

Japanese knotweed is an ornamental plant that first came to the UK in the 1850s. Now it is one of “the UK’s most aggressive, destructive and invasive plants” according to the Environment Agency, due to its ability to spread through tarmac, concrete, driveways and drains.
A recent survey by YouGov and Environet UK, which specialises in removing the weed, found that around 5 per cent of UK houses are currently affected by knotweed, either directly or indirectly (when a neighbouring property is affected).
In spring new shoots of the bamboo-like plant emerge and quickly reach a height of two metres. The strong roots can rampage under fences, damage paths and patios and work their way inside the cavity walls of houses, even emerging two storeys up out of the chimney stack. Removing knotweed from the London Olympics site cost £70 million.
If you allow knotweed to escape from your garden into a neighbour’s you could be prosecuted, or given an Asbo for causing a nuisance. It gets even more problematic if you are moving house.
If you have knotweed growing in your garden you must declare it if you sell and this is likely to reduce the value of your property.
Mortgage lenders will want an insurance-backed guarantee that the knotweed has been eradicated or have a knotweed management plan with an insurance-backed guarantee in place, which can usually be passed on to a buyer and their mortgage lender, before agreeing funds to a potential buyer.
Nic Seal from Environet says: “Even when treated there’s still a risk valuers will say there is a residual diminution of the property of two to five per cent.”
The costs for knotweed removal in an average garden, he says, are around £2,500 plus VAT to treat with herbicide and £5,000 to £10,000 to dig it out. DIY attempts at treatment will usually only make things worse and can even hasten the spread of the plant.
Click here to see a map of cases in the area by postcode: https://environetuk.com/exposed-japanese-knotweed-heat-map