A Tidworth woman has been issued with a £200 fixed penalty notice for abandoning her Honda CRV on the public highway in Tidworth. 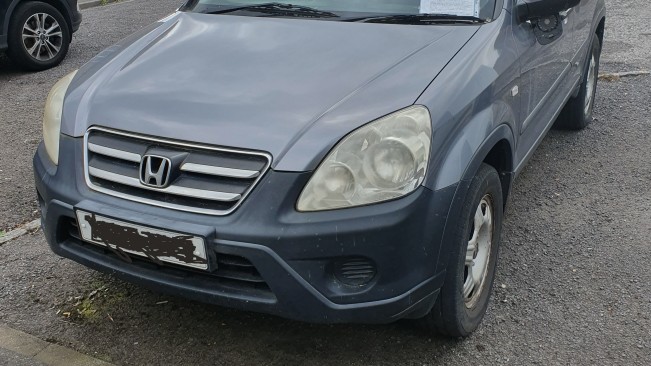 The vehicle had no tax, no MOT and the owner failed to comply with the removal notice issued on the vehicle by Environmental Enforcement Officers.

This is the eleventh £200 fixed penalty notice (FPN) issued by Wiltshire Council to people who have abandoned their vehicles. Six of these notices were issued and paid in the last month as the council takes tougher action against those who dump vehicles in Wiltshire.

Fixed penalty notices have recently been issued to owners of four dumped vehicles in Salisbury and one in Tidworth.

Bridget Wayman, Cabinet Member for Highways, Transport and Waste said, "Abandoned vehicles are not only an environmental hazard, but they are expensive to remove, look unsightly and take up valuable parking spaces. In addition to the environmental problems outlined previously, when a vehicle is dumped, the council must divert critical resources from other services areas to deal with them. We will investigate reports of abandoned vehicles and take formal legal action against the owners who dump their vehicles and consider it acceptable for taxpayers to foot the bill for responsible removal and disposal."

Those issued with FPNs have 14 days to make payment or the council will prosecute for the original offence. Wiltshire Council has also successfully prosecuted two people for non-payment of fixed penalty notices. A Great Bedwyn resident had a £2,018.26 bill after failing to pay a £200 fixed penalty notice for abandoning their vehicle followinga prosecution by Wiltshire Council at Salisbury Magistrates. A resident from Ramsbury also paid a heavy price for ignoring an abandoned notice and a subsequent FPN, which cost the owner £1,692 in court fines and costs.