A number of DVLA driving laws and rule changes will be introduced in 2022. 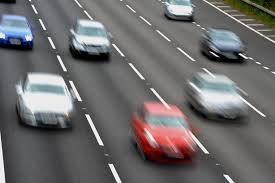 There will be a tightening of the law on the use of mobile phones at the wheel in 2022. While texting or calling while driving is already illegal, it will now also become an offence to take photos and videos, select a song on your playlist and play games on your phone while driving - even if you are stopped at a red light.

This offence could cost you a £200 fixed penalty fine and 6 points on your licence.

However, you will still be able to use your phone for directions, as long as it's secured in a cradle or you otherwise have hands-free access to it.

2022 will also see changes to the Highway Code called Rule H1, Rule H2, and Rule H3 these are planned to come into effect from January 29th 2022.

The changes will introduce a concept of hierarchy of road users according to who is most at risk in the event of a collision - without removing the need for everyone to behave responsibly.

Pedestrians - particularly children, older adults and disabled people, followed by cyclists, horse riders and motorcyclists - are defined as more likely to be injured.

Rule H1 states that drivers of large goods and passenger vehicles bear the greatest responsibility to take care on the road, followed by vans and minibuses, cars and taxis and motorcycles. Cyclists, horse riders and horse drawn vehicles also have a responsibility to reduce danger to pedestrians.

Rule H2 requires drivers to give way to pedestrians at junctions as well as zebra, light controlled, and parallel crossings.

Rule H3 requires drivers to give priority to cyclists when they are turning into or out of a junction, or changing direction or lane.

As the UK has already retained most EU laws for new cars to standardise car manufacturing across Europe, it is likely the UK will adopt a regulation which mandates all new cars to be fitted with speed limiters from July 6th 2022.

One other new rule will be that all new properties built in England from 2022, including housing and commercial buildings, will have to have an EV charging point installed.

Through the availability of more EV chargers, the government hopes to boost the uptake of electric vehicles ahead of the planned ban on the sale of new diesel and petrol cars in 2030.