Both the Police and Crime Commissioner and Chief Constable have welcomed today's confirmation of additional police numbers in Wiltshire, as the first wave of 20,000 new officers was announced by the Government. 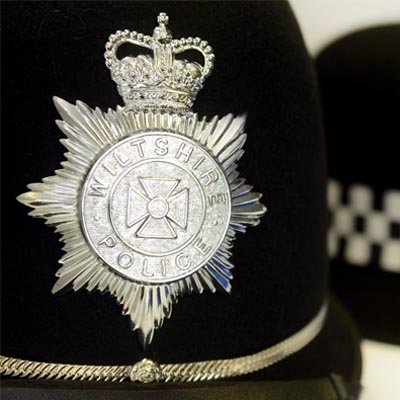 The Home Office has confirmed recruitment targets for all police forces for the first year of the three year national campaign, with an additional 49 officers allocated to Wiltshire, to be recruited between now and March 2021.

The Force is planning to hire 140 police officers over the next 18 months to maintain current numbers, including the additional 49 officers. A further 100 new officers will be recruited each year in subsequent years.
Police and Crime Commissioner for Wiltshire and Swindon, Angus Macpherson said: “I welcome today’s announcement from the Home Office. It is of course good news that we will see an increase of 49 officers in Wiltshire next year, but there is still uncertainty as to how this will be funded.

“The Home Office has said that any funding will also include allowances for kit and training, and I am keen to see the specific finances behind this as soon as possible.

“But let me be clear, this is not a quick fix to the challenges we currently face. It takes time to recruit suitable applicants to be officers and train them to a high standard.

“This announcement is only part of the picture in Wiltshire, recruitment continues for the additional officers I promised as part of the council tax increase earlier this year and 20 student officers will join our community policing teams after completing their initial training on Friday (11 October).

“We also must not forget the role that police staff play in policing and I hope that the Home Office also consider how their numbers could also be increased.”

Student police officers currently spend 22 weeks in classroom based training before being deployed on tutorships to community policing teams across the county. Those starting in June 2020 will be the first cohort to take the new policing degree apprenticeship or the post graduate policing diploma, as part of Wiltshire Police's new training partnership with the University of South Wales.

"This is a really positive step in restoring police officer numbers, " added Chief Constable Kier Pritchard. "Like all other forces, we have had to find significant savings in recent years, coupled with growing demand on our service and new threats from issues like cyber crime and mental health related incidents.

"Policing is a brilliant career and we want people with the talent, skills and aptitude from all backgrounds and experiences to step forward and play their part in keeping our communities safe."

Police officer recruitment opened in Wiltshire three weeks ago and has already had a huge response, with 620 applicants to date. It closes at midnight on Sunday 13 October. For more information and to apply, go to https://www.wiltshire.police.uk/Officers