Shoppers urged to be vigilant following purse thefts in Swindon

Police are urging shoppers to be extra vigilant following a number of incidents of theft in Swindon. 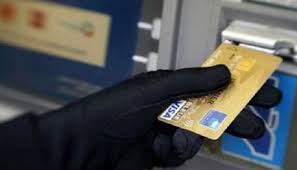 At approximately 12.40pm on August 23, a woman was approached by a man at Sainsbury's Bridgemead as she returned to her car.

The man was wearing a knee brace and was asking for help with direction to the hospital. The woman got out of her car to assist and during this time, her bank cards were removed from her purse. The cards were then immediately used at an ATM to withdraw cash.

On the same day at approximately 3.20pm, a similar incident took place at Tesco in Ocotal Way - a woman's bank cards were removed from her handbag and used to complete several transactions.

The suspect is described as having a tanned complexion, aged approximately 40, with brown hair which was greying. He was of average height and build and was wearing a white shirt and shorts.

PC Teresa Herbert said: "We believe the suspect is observing the victim's using their PIN numbers at checkouts or ATMs while they are out shopping, and then approaching them as they reach their vehicle, claiming to need help with directions in a bid to distract them.

"I'd like to remind people to be vigilant when out and about shopping alone, and ensure nobody is nearby when using your PIN number and use your hand to cover yourself when completing transactions. Please also try and carry your bag close to your body, and consider the use of a purse chain to keep your purse secure at the bottom of your bag."