Wiltshire Air Ambulance undertook 1,104 missions in 2021 as the charity came through another difficult year on the front line. 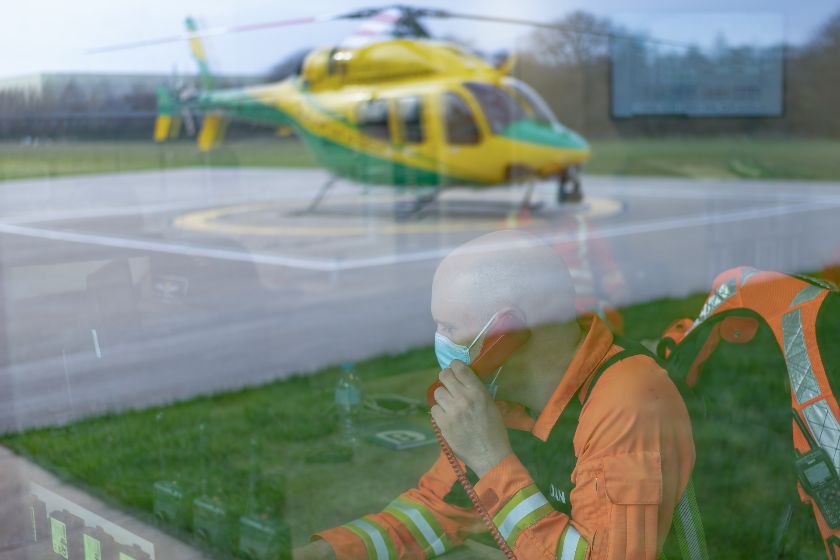 there for the people of Wiltshire and Bath when they were needed most.

Chief executive David Philpott said: “The year 2021 was another milestone year for the charity, as we launched a new three-year strategy, saw our fundraising target rise to £4 million and we increased the number of shifts with pre-hospital consultants (doctors), further enhancing our clinical delivery.

“It was, of course, another very challenging 12 months for our staff operating on the front line and I’m extremely proud of how everyone pulled together to ensure we continue to be there for the people of Wiltshire, Bath and surrounding areas.”

The largest number of call outs were to cardiac emergencies – 306 – around a third of all missions.

There were 194 road traffic collisions attended, plus 89 medical collapses, 71 sporting incidents and 47 assaults.

A total of 73 incidents involved children, while around one in three missions – 307 – took place at night.

The largest number of incidents Wiltshire Air Ambulance responded to were in the Swindon area – 188.

On 237 occasions the charity either airlifted or land assisted patients to hospital, including 78 to the Royal United Hospital in Bath and 53 to Great Western Hospital in Swindon. ​

Wiltshire Air Ambulance is a charity and receives no regular direct funding from the Government or National Lottery grants. Each year the charity needs to raise £4 million to continue flying and saving lives.