Police are reminding drivers of the importance of having regular eye tests following a recent stop over the Christmas period. 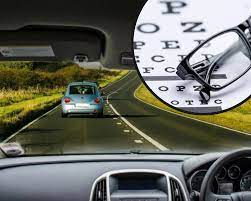 On Christmas day at about 8.30pm, officers received several reports from people concerned by the standard of driving of a Ford on the A346.

Officers followed the vehicle that was doing 10mph on a road with a speed limit of 60mph before stopping the driver, a man in his 80s. The man's car was driven to his home by officers and the driver was told to undertake an eye test the following day as the test had to be conducted in the daylight.

Unfortunately, the driver failed the eye test and the DVLA have revoked his licence.

Neighbourhood PC Sean Williams from the Central South team said: “It is a concern that this man was behind the wheel of a car and we are thankful for those who called us to alert us and that this didn’t end in something far more serious.

“We stress that you must not get behind the wheel of a vehicle if you are not fit to do so, and this includes meeting the DVLA’s standards of vision for driving.

“We advise anyone with concerns to take regular eye tests to ensure they are able to read a number plate from 20 metres and also urge family members to ensure relatives are fit to drive.”