It was on this day, whilst serving with The Life Guards in Afghanistan that the armoured vehicle he was driving under 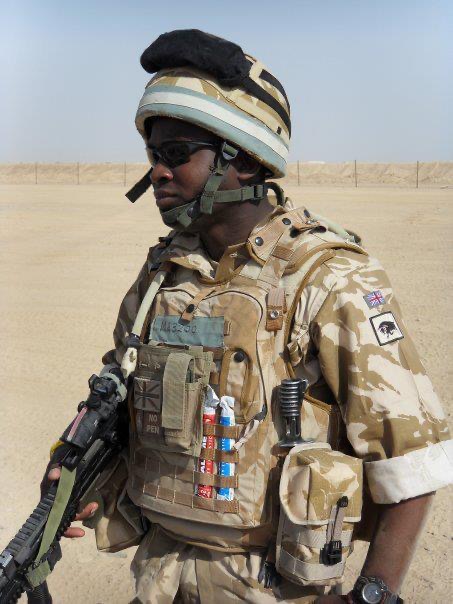 Taliban fire during an operation to protect an injured Sergeant ran over a concealed Improvised Explosive Device.

Two weeks later, Corie recovered consciousness in Selly Oak Hospital, Birmingham, only to find that he had lost both his legs below the knee and suffered other serious injuries.

Now a Police Community Support Officer with Wiltshire Police, Corie used his free time during lockdown to pen his experiences on how that traumatic day provided the catalyst for him to go onto be a European and World Cup champion in para bobsleigh as well as serving his community in Swindon with ambitions to become a full time Police Constable.

“I want people to be inspired by it. It's a story about triumph overcoming adversity,” said Corie of the book which is available to pre-order now on Amazon.

“It's a story about a person who has had a hand dealt that was a pretty rough one, but that hasn't defined the person that I became.

“I spent the entire lockdown recording the story over the telephone with my co-author, Christopher Joll. We didn’t meet until after the book was finished, but it doesn’t show. Having gone through all I've gone through, it was a really cathartic experience because I had lost a lot of memories from the explosion.

“I got to talk to my mum about some of the things that I would have done as a kid and my sisters reminded me about things.

“I want people who are going through difficult circumstances. I want it to reach them.

“It's important that people who read my book try and understand it through my eyes. I'm not sure that's possible, but that is what I would like.

“We all go through things and it depends on how you take those things. You can take a negative and turn it into a positive and that's what I want people to do.”

Born in Barbados, Corie left his home country in 2005 to join The Life Guards, the senior regiment of the Household Cavalry, becoming the first Barbadian to ride on Trooping the Colour as well as training in Canada with Prince Harry, Duke of Sussex.

It was while fulfilling that dream that the unthinkable happened, but rather than let the life-changing injury have a negative impact, within two months he was back with his regiment in Windsor on his new prosthetic legs and promoted to Lance Corporal.

“I found it very hard at first because,” Corie explained. “Processing something like that, I don't think you can adequately explain how you do it.

“I remember some stuff like my first shower, which I talk about in the in the book.

“The nurse wheeled me into the to the bathroom. And at that point, you read how I saw all the blood pouring off me as the water ran onto my skin and then my hair fell out.

“I completely broke at that point because I wondered what was actually left of me.

“Later that day, I saw my kids and they were so positive that I had no choice but to embrace the fact that I was still alive and they still saw me as dad.”

The book is affectionately named Black Ice, a nod to the nickname Corie has been given on the bobsleigh circuit, a sport he picked up to give him a ‘will to live’ after leaving the army.

To his surprise, he has excelled at it, winning gold in the inaugural Para Bobsleigh World Cup in St Moritz in 2014, before becoming World Cup champion in 2018 and European Champion in 2020.

“I never thought I would be that good at anything, to be completely honest. I don't really think about the success, I just see it as something I love. It’s not necessarily the be all or end all of my life, so to speak, but I just I just really love it.

“It gives me a freedom, an adrenaline rush that I hadn’t experienced.”

Not content with his sporting achievements, in 2020 Corie joined Wilshire Police as a full-time Police Community Support Officer, with ambitions of becoming a Police Constable.

As is evident from his life and the book, he enjoys serving the community with a selfless attitude and takes great pride from being there as an inspiration to others.

“Joining Wiltshire Police has shown I can function day-to-day and I can achieve things outside of a sporting environment, which is pretty cool,” he said.

“I wanted to make a difference in the community and I wanted to be part of a team again.

“It has added challenges but like everything, you meet challenges with solutions.

“I enjoy meeting the children at school. When you turn up and see them excited to see you and telling you what they have done and the reassurance it gives their parents is a nice feeling.

“We’re all one community and it is nice to be able to go out and represent them.”

Signed copies of Black Ice are available direct from the publisher at a price of £15.00 by logging on to: www.nineelmsbooks.co.uk, then going to the Black Ice page, or you can pre-order on Amazon here