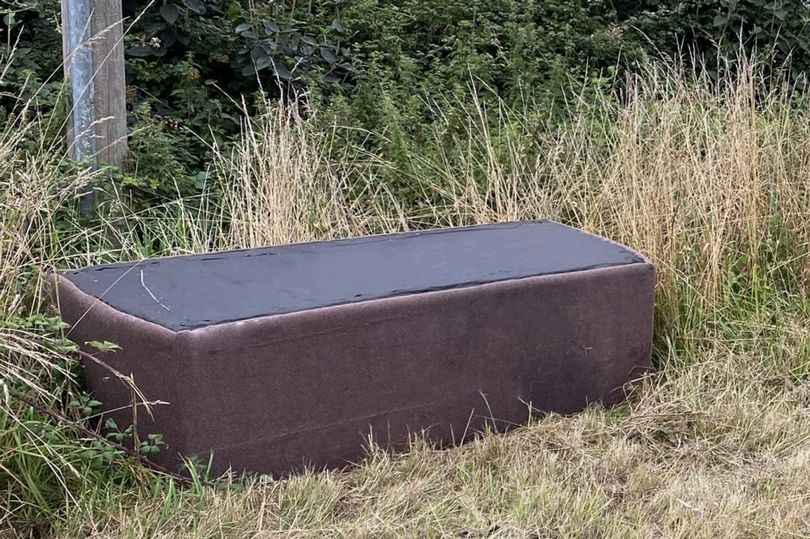 to the lawful disposal of commercial waste. He was fined a total of £2,815, including costs, when he appeared at Salisbury Magistrates Court on 28 September.

The court heard how Mr Burrows was paid £50 for three days' work clearing waste from the rear garden of a domestic property in Pewsey, despite having no driving licence and driving an uninsured vehicle.

The sofa was among the waste removed from the property and was found dumped on Woodborough Road, Pewsey. It was traced to a householder, who assisted the council in identifying the culprit. Mr Burrows claimed the sofa fell out of the back seat of the Volkswagen Golf without him noticing. This excuse was not accepted by the council or the magistrates.

In addition to dumping the sofa, Mr Burrows could not produce the waste transfer notes for any of the other waste that was removed from the property; this would have shown in writing how it was lawfully disposed of. The vehicle he used to remove the waste was seized and crushed by Wiltshire Police for being driven without a driving licence and insurance.

Cllr Dr Mark McClelland, Cabinet Member for Transport and Waste, said: "This is our third successful fly-tipping prosecution in the last few weeks - another fantastic result that emphasises our commitment to fighting back against fly-tipping in Wiltshire.

"This sends a clear message to anyone thinking of dumping waste in Wiltshire that your actions will not be tolerated.

"People should be very wary about paying people to clear their rubbish, especially at a price that is far below the actual costs of clearing and lawfully disposing of the waste. Always check the waste carriers licence credentials of anyone who clears waste, and make a note of any vehicle registration numbers - as this will assist the council in tracing fly-tippers should the waste be dumped.

"We will fine or prosecute anyone who is caught dumping rubbish illegally within Wiltshire."