TWO men have been released under investigation after reports of hare coursing near Marlborough. 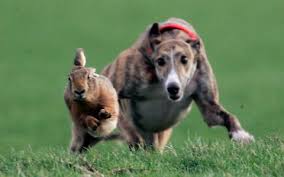 Police responded to reports of suspicious activity on farmland in the Ogbourne St Andrew area at approximately 3.45pm on 9 February.

Officers arrived and stopped two men travelling in a black Honda CR-V. They had five dogs with them, as well as a catapult, ball bearings and a dead hare.

The vehicle was seized along with the other items.

Both men, a 25-year-old from Cirencester and a 19-year-old from Reading, were arrested on suspicion of hare coursing and criminal damage. They were also issued with Fixed Penalty Notices for breaching lockdown by being away from home without having a valid reason.

PC Marc Jackson, said: “Our message is clear, if we suspect anyone of hare coursing in Wiltshire, we will act swiftly.
"We are cracking down on hare coursing here in Wiltshire and our rural crime team are working closely with our local community policing teams to ensure we are able to respond quickly and effectively.

"We also want to pass on our thanks to the public for being our eyes and ears. Their quick reporting allows us to respond and catch criminals in the act".

Wiltshire Police remain committed to the national strategy, Operation Galileo, which allows police forces to use civil and criminal powers to prevent offending by hare coursers and protect vulnerable victims.


If you have any information in relation to rural crime, please call Wiltshire Police on 101 or Crimestoppers anonymously on 0800 555 111.