WILTSHIRE Air Ambulance is calling on the people of Wiltshire to help the charity continue saving lives as its annual costs rise. 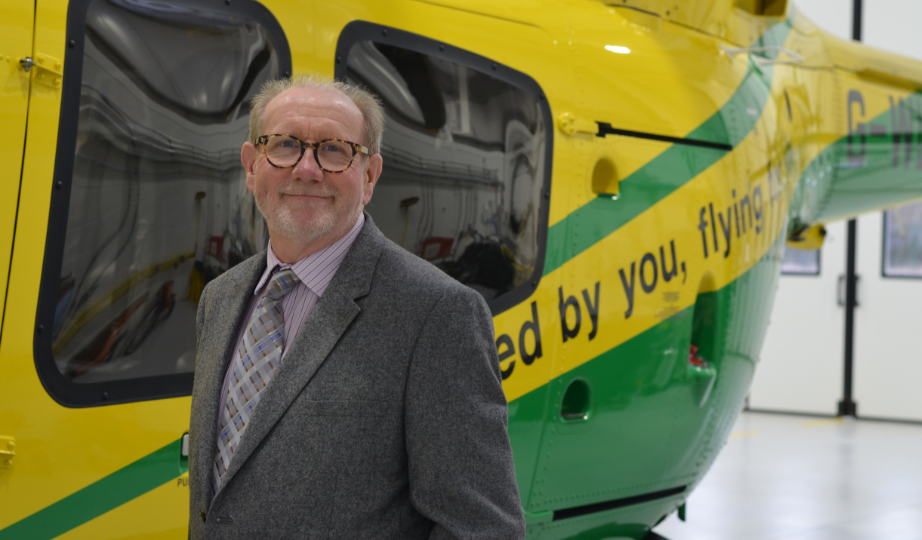 The increase in its costs, by 15% to £3.75 million, is due to the increasing cost burden in staffing from the NHS to the charity, including advanced training and masters degrees in critical care for the paramedics, as well as the ever-growing expense linked to the vast array of specialist medicines and painkilling drugs being administered by the team during emergencies.

The Helicopter Emergency Medical Service (HEMS), which has been operating since 1990, relies on donations – the equivalent of just over £10,000 per day – to keep its lifesaving service operational. It is not funded directly by the Government and receives no National Lottery grants.It comes at a time when Wiltshire Air Ambulance has seen a 26% rise in missions undertaken, with its helicopter and Rapid Response Vehicles (cars) being called to 1,103 incidents across Wiltshire and surrounding counties during 2018, a rise by 228 from 2017.

David Philpott, chief executive of Wiltshire Air Ambulance, said: “The support we receive from the people of Wiltshire and beyond is truly outstanding and as a result of their donations, our highly trained aircrew are able to continue to save lives.​

“It is a fact of life that costs rise and for Wiltshire Air Ambulance this will be 15% this year. This is not an inconsiderable increase, but we hope people will understand and support us in our mission to carry on providing gold standard medical care to people who are critically ill or injured.

“No-one knows if they will ever need Wiltshire Air Ambulance but it’s reassuring to know that our aircrew, with their specialist skills, are able to respond to incidents such as cardiac arrests, road traffic collisions, strokes and sporting injuries.”

There are various ways in which people can support Wiltshire Air Ambulance, including playing its Lottery and Superdraw, taking part in one of the charity’s many challenge events or buying from its shops in Westbury and Devizes.

Businesses can also get onboard by making Wiltshire Air Ambulance their charity of the year, or by fundraising in the workplace, payroll giving and sponsoring events.
For more information about fundraising for Wiltshire Air Ambulance please call the charity team on 01225 300536 or email This email address is being protected from spambots. You need JavaScript enabled to view it. .