A two week crackdown by Wiltshire Police has resulted in almost 80 arrests for drink or drug driving. 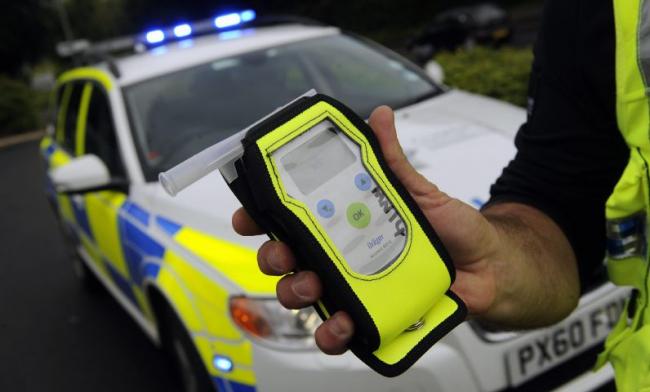 In the last two weeks of August officers focused their efforts on stopping motorists they suspected of drink or drug driving, using reports from the public and community intelligence, to target potential offenders.

Inspector Mark Freeman said the ongoing COVID19 pandemic may have meant that people's drinking habits had changed, but that did not mean the dangers of drink driving had changed.

He said: "Previously, we have perhaps focused our attentions on people who are out and about drinking in social situations, such as a trip to the pub or a night out on the town.

"However, due to COVID19, we know that the many people aren't currently socialising in the same way.

"Perhaps they are drinking at home or at friends' houses, and we don't want the public to become complacent and forget that these are still situations which could leave you over the limit.

"In fact, you might end up inadvertently consuming more alcohol due to pouring your own measures or having your drink topped up."

He added: "Our message to you is this - if you are going to be drinking alcohol then it is not worth getting behind the wheel.
"The dangers of driving while intoxicated are very real and you could end up seriously injuring or killing yourself or someone else."

Sergeant Will Ayres said that although the vast majority of people understood the law around drink driving, there was less awareness of drug driving.

He said: "We have seen an increase in drug driving, particularly when motorists have taken cannabis or cocaine.

"I think there is a real lack of awareness about how easily your driving can be impaired by illegal drugs, how long the drugs can remain in your system and the potential consequences of being caught drug driving.

"We have drugs wipe kits that traffic officers routinely carry in their cars, and these will very quickly detect drugs in your system - so please be aware and do not drive if you have been taking drugs."

The vast majority of the arrests during the two weeks came about following intelligence-led stops, using information reported to us by the local community.
We are urging the public to report suspected drink or drug drivers to us, and the easiest way to do this is by calling 101 or 999.

If you know someone who regularly drink or drug drives, then please call 101 and give as much information as possible, including the driver's details or description, their car registration and a time or day that they always do it.

If you believe that a crime is being committed and somebody is already behind the wheel then please call 999.