Three drivers were stopped by Wiltshire Police for reaching speeds in excess of 100mph during the National Police Chiefs’ Council (NPCC) crack down on speeding across the country.

The operation commenced on 18 May and ended last Sunday. 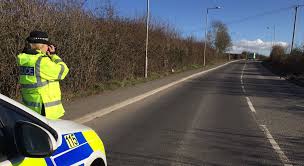 Assistant Chief Constable Deb Smith said: “The majority of motorists on Swindon and Wiltshire roads have driven within the limit and behaved responsibly over the 3 weeks that this campaign has been running.”

“Officers have conducted speed checks on over 300 occasions across Wiltshire and Swindon. However, a small number of road users have taken advantage of the low volumes of traffic as an opportunity to endanger their lives and those of others by travelling at high speeds during lockdown. 86 will now be facing the consequences in court or through points on their licences and fines.”

“I wish to reassure our communities that we will not be relaxing our approach to speeding and will continue to enforce speed limits across our Force area. The information that people have submitted about speeding ‘hotspots’ will be invaluable as we move forward.”

“My appreciation goes to all those who have conducted the operation and particularly to our Specials Road Safety Unit, who are volunteers, for their dedication and considerable time.”

The Force the speed checks have been conducted by the Road Policing Unit, Specials Road Safety Unit and Community Policing Teams across the force area. The speed checks included the strategic road network of A-roads and M4 and many residential neighbourhoods and B roads. Some horrendous speeds have been recorded:

128mph on M4 between junctions 17 and 18
117mph on M4 with two tyres with the cord/ply exposed
107mph on Great Western Way Swindon within the 50mph limit
93mph by a motorcycle on A4 near West Overton
408 motorists have been given ‘words of advice’ about their speed and the consequences
86 Traffic Offence Reports have been issued and referred to the Criminal Justice Department within Wiltshire Police for prosecution.
Jerry Herbert, Deputy Police and Crime Commission for Wiltshire and Swindon said: “We recognise that the majority of our road users drive within the speed limits, for it is just that, a limit. It is not a target to be reached or exceeded.”

“With more people are taking to the roads as the lockdown eases, we continue our work with the unitary authorities of Wiltshire and Swindon and Dorset and Wiltshire Fire and Rescue to promote safer travel and save lives.”

“I cannot stress highly enough the value of partnership working, especially with those who volunteer to do things for themselves to help keep our communities safe. Across the Force area there are 120 Community Speed Watch Schemes operated by approximately 1200 volunteers who regularly monitor the speed of traffic within their areas and provide Wiltshire Police with useful intelligence.”