Cuala Is Still Missing - Have You Seen Him?

Cuala is a black, adult male greyhound who has gone missing from the Hilmarton area. 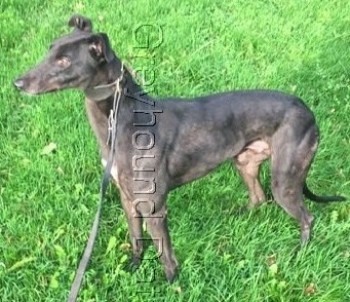 Cuala slipped his lead when he got spooked as he arrived at the greyhound kennel in Beacon Hill, Hilmarton at 3am on the 17th October.

He has no collar on and does not know the area. His owners have asked that anyone seeing him doesn't attempt to chase him but to report sightings.

During the week he  has been missing, he has been sighted a few times in Foxham, the last sighting was on the morning of Tuesday 22nd October in a bridleway from Spirthill, off of Foxham Road - in between two maize fields.