As summer arrives and temperatures soar, the RSPCA are reminding dog owners to not leave their pets in their cars or they could be liable to six months in jail and an ‘unlimited fine’. 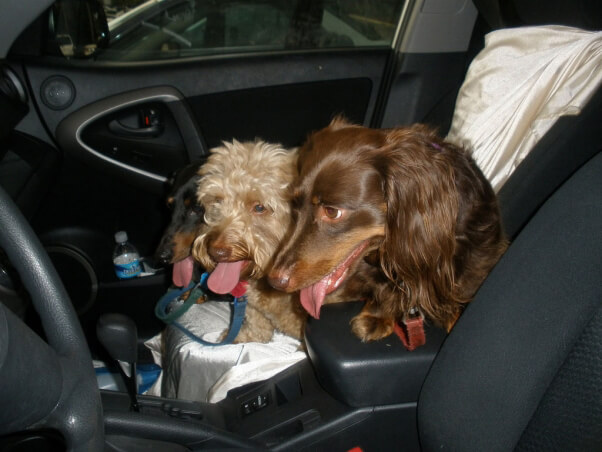 The RSPCA have said that even at 22 degrees outside, a car can reach “an unbearable 47 degrees within the hour”.

Press officer for RSPCA, Amy Ockelford, said: “If someone was prosecuted for causing unnecessary animal suffering, they could get six months in prison and an unlimited fine.”

“Last year was the worst year for three years. People sometimes do not realise or they are coming back from work and stop at the shops and it is convenient to leave the dog in the car.”

The RSPCA recommend people who are concerned over someone else leaving a dog in a car to call 999.

She said if people do break someone else’s window “you can be prosecuted but not if you cause criminal damage which the owners would consent to”.

The RSPCA recommends people to have a witness or film themselves if they do feel they have to break someone’s window in order to save a dog’s life.

The Kennel Club have also issued the same advice saying: “Dogs mainly control their body temperature by panting. When a dog is very hot, panting isn’t enough to stop them from overheating.

“In warm weather the temperature inside a parked car can climb rapidly and will be much higher than outside of the vehicle. Dogs left alone in a car on a hot day can quickly become dehydrated, develop heat stroke or even die.”