A Wiltshire man whose depression has led to him attempting to take his own life has chosen to share his story this Mental Health Week in a bid to help others suffering from mental health issues. 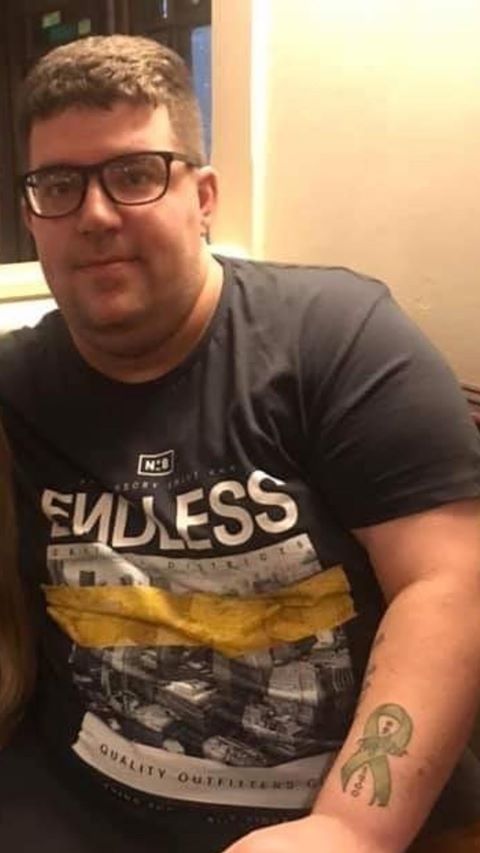 Jamie Lee Brewer, 27 from Swindon, first started to suffer with his mental health issues when his nan, Pauline died in 2016. Jamie told us: “The reason why I felt depressed and suicidal is that I blame myself for my grandmother’s death as I fell asleep while I was meant to look after her on the night she died.

“The next morning my auntie found her without any oxygen on, so that same night she passed away. Since then I blame myself.”

Following this, Jamie's depression began to spiral out of control, he lost his job and would spend weeks in bed. Jamie said: " I didn’t get out of bed for weeks because that was my safety area and nothing could go wrong if I stayed there."

In 2018 Jamie attempted suicide on the M4 bridge at East Wichel. He said: “The police helped save me from the suicide attempt. They also helped when I overdosed.

"If it wasn't for Wiltshire Police and my sister, I would be dead by now."

Jamie is taking part in Swindon's Men's Mental Health campaign, he is hoping that by sharing his story he may help others. The campaign encourages men living with mental health issues to talk about how they feel. Men are three times more likely to take their own lives than women, and for men under the age of 50, suicide is the biggest killer.

Jamie said: “It’s important to back this campaign because for men it’s harder to open up.

“It’s difficult for us to speak. In the long term, it is helpful to speak to someone able to listen to you and support you.

“It is important to make sure that men with mental health issues are safe.

“It took me ages to talk to someone. I have a sister, nieces and a nephew and I used to think they were better off without me, that they could do so much better without me in their lives but now I know that isn’t true.

"Helping charities and the community would keep me busy, stopping from thinking about depression. It would help me feel good, knowing that I helped a charity, or somebody needs help.

“It will help me recover, doing some volunteering and slowly moving to a part-time job. But it all takes time. I sent a few emails to charities and I’m waiting for replies.”