THE Food Standards Agency has issued another urgent recall on products from Southern Fried Chicken (SFC), Vestey Foods and Chicken Inn, both of which are sold at stores such as Tesco, Sainsbury's, Morrisons and B&M.

The processed poultry products, sold as frozen breaded chicken pieces and nuggets by several UK supermarkets such as Tesco, Sainsbury's, Morrisons and B&M, have been linked to 480 salmonella cases. 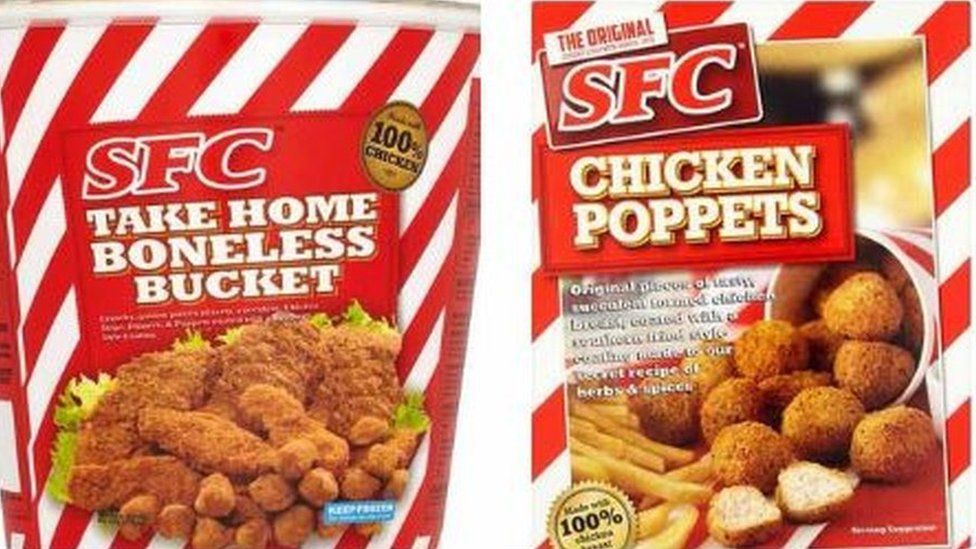 At least one person has died and hundreds more are said to be seriously ill after eating chicken contaminated with salmonella.

More than a third of people have been left needing hospital treatment and almost half (44%) of those affected were aged 16 and under.

Public health officials say that at least one death has been officially recorded as relating to the outbreak and four more deaths have been linked.

Batch codes starting with an L are displayed on the inner packaging inside the box. This update extends the recall of SFC Take-Home Boneless bucket to include all batch codes with best before 28th November 2021, to add the additional batch code L15520 for SFC Chicken Poppets with best before date of 31st October 2021 and to add the batch code displayed on the inner packaging for SFC Chicken Poppets with a best before date of 28 February 2022.

Similar products recalled from Aldi, Lidl and Iceland in October have also been linked to the outbreak.

All the recalled meat was imported from Polish sources.

UK cases include 400 in England, 42 in Scotland, 31 in Wales and seven in Northern Ireland.

Symptoms of a Salmonella infection include diarrhoea, stomach cramps and sometimes vomiting and fever. Anyone who is concerned about symptoms should contact their GP or out of hours service in the first instance.