Sainsbury’s has revealed the top taste trends that swept the nation in 2020 as well as what food we favoured in a year like no other.

Using data from 18 million Nectar customers, we can see just how the different regions shopped and cooked over the past 12 months, from bagging the most bread flour to being crowned the country’s cocktail connoisseurs. 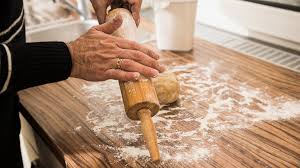 From the start of the first lockdown, Brits turned to baking to pass the time, with sales of flour in April rising 102% as sourdough starters and pizza bases were kneaded. But, perhaps unsurprisingly, it was banana bread that proved to be the most popular bake, pushing sales of the fruit up 17% in London alone.

Birmingham was on a baking roll, with a quarter of shoppers coming back to spend more dough on strong white bread flour.

In May, Britons flipped from bread to burger buns as they relished the sunny weather and made the most of BBQ season, with burger sales increasing by 22.2%.

As the summer was in full swing, Brits’ desire to become backyard bartenders was stirred, with sales of Aperol up 57% and gin 21% year-on-year.

Shoppers in Southampton were shaken by a desire for cocktail ingredients like crème de cassis, while customers shopping at our Brentwood store in Essex favoured the fizz more than anywhere else in the country when they popped to the shops.

It was shoppers at our Godalming store in Surrey that took home the title for the most wine bought nationwide in all of 2020, across red, white and rosé.

By Autumn, Britons’ desire to scratch cook dwindled, but their inquisitiveness over cuisine did not. As customers couldn’t travel, they decided to take their tastebuds on tour, especially across Chinese and Thai world foods which grew by a third.

Many took the opportunity to go on a health kick in the autumn, as customers consumed more than 20 million portions of fruit and veg in September alone. Beefcakes shopping at our Bracknell store supplemented their intake, purchasing more protein bars and shakes than anywhere else.

In a year when many needed a break, it was the KitKat that took the biscuit as the most prolific partner for customers shopping for tea.

Nectar is the UK’s largest coalition loyalty programme, with over 18 million customers collecting points when shopping for groceries in Sainsbury’s or making purchases with its 300+ partners.

Mark Given, Chief Marketing Officer at Sainsbury's said: “2020 has been a year like no other. With more time spent indoors, as a nation we’ve really stepped up to the plate and taken the opportunity to get creative in our kitchens, collectively cooking, baking and cocktail-making our way through the year. Despite all the experimentation however, it’s also heart-warming to see the humble tea and biscuit continued to be a comforting staple in our customers’ homes as we all navigated a truly extraordinary year. Whatever 2021 brings to the table, at Sainsbury’s customers can be sure they will find delicious food to suit their tastes.”