Cut Down Pumpkin Waste This Halloween

Last year, a study found that the United Kingdom alone throws away eight million pumpkins after Halloween, sending them to landfill. 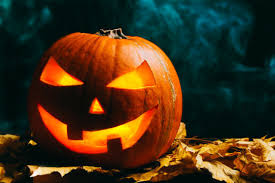 Once they've decomposed, pumpkins release methane, which is a potent greenhouse gas that contributes to climate change.

Although the fumes from rotting pumpkins make up a tiny fraction of all human emissions, it is worth considering, especially given that these pumpkins require a lot of energy and water to grow, and then don't even get eaten.

More than 18,000 tonnes of edible pumpkin flesh – will be heading for the bin because the majority of consumers will not eat it.

About 40% of consumers buy fresh pumpkins to hollow out and carve to celebrate Halloween, but 60% of those admit they do not use the flesh, according to research by the stock cube brand Knorr and the environmental charity Hubbub.

Halloween has become a big money-spinner for retailers. An estimated 10m pumpkins are grown in the UK every year, 95% of which are hollowed out to create ghoulish lanterns.

Tessa Tricks, the head of food programmes at Hubbub, said: “It’s all too easy for people to forget that Halloween pumpkins are still food. When they are only used for carving this contributes to the £15bn of food waste in UK homes every year.”

So once you have finished admiring your glowing creation - what can you do with your pumpkins?

There are plenty of recipes online to follow, soups, cakes or pumpkin pie.

Hubbub recommends the flesh is best used in pies and soup whilst the pumpkin seeds are the perfect snack - but roast them first.

Alternatively, donating them to wildlife might be a better choice.

According to the television presenter, taking them to local woods and parks can bring benefits for the wildlife to enjoy.

Additionally, you can make sure to compost the rest of the vegetable so the biomass can be recycled for nutrients, instead of travelling straight to landfill.