WhatsApp has urged its users to install its latest update after hackers developed software which allows them to listen in on your phone. 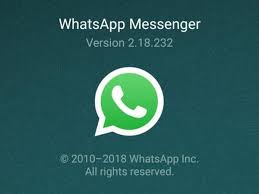 Once installed, the Pegasus spyware, allegedly developed by Israel's secretive NSO group, can turn on the phone's camera and microphone, look at emails and messages and collect information about the user's location data.

WhatsApp, which is owned by Facebook, said the malicious software resembled a spyware developed by intelligence agencies.

In a statement, WhatsApp said: “This attack has all the hallmarks of a private company known to work with governments to deliver spyware that reportedly takes over the functions of mobile phone operating systems."

Here is how to update WhatsApp on your phone

Some phones will receive a notification message from WhatsApp, urging you to update the software to the latest available version.

Not all customers will, however.

If you have an iPhone, go to the App Store and click updates. When you find Whatsapp, tap the update button next to the app. You phone should then update.

If you own an Android phone, click on Play Store, then on the menu button.

Under My apps and games, tap update next to WhatsApp Messenger.