Rare ‘blue moon’ to be visible on Halloween

Halloween 2020 is set to get a little spookier, with a Hunter's 'blue moon' in the night sky.

Falling on the 31st of October, the lunar body will be the second full moon of the month. 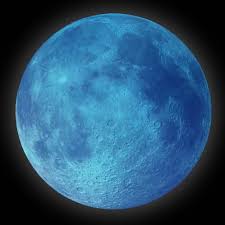 However, the 'blue moon' doesn't refer to it's actual colour, it is the name given to a second full moon of the month or season, making tomorrow's moon 'blue' following October's first full moon on the 1st of the month.

While the title of blue moon doesn’t actually refer to the colour of Earth’s only natural satellite, there are some very specific atmospheric conditions under which it can appear to turn a different hue.

A moon that actually looks blue is a very rare sight, but the Moon can appear blue at any time if the atmosphere is filled with dust or smoke particles of a certain size.

Instances like this can happen following mass volcanic eruptions, such as that of Mount Krakatoa in 1883 or Mount St. Helens in 1980.

With the Met Office forecasting an unsettled end to the month, it may be tricky to spot the moon tomorrow.