Giffords Circus is coming to town with Mexican extravaganza ¡Carpa!

Giffords Circus will be coming to town later this week with a new Mexican themed show - ¡Carpa! 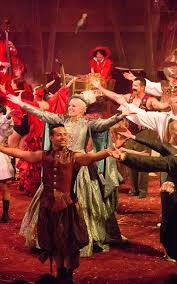 Giffords Circus was established in 2000 by Nell and Toti Gifford. It is a village green circus that tours England throughout the summer and combines dance, comedy, horses and live music in a white tent surrounded by vintage-style burgundy showman’s wagons.

The hugely-acclaimed circus that has been a Wiltshire family favourite for decades will be at Bowood House from Thursday 28th April until Tuesday 3rd May.

The word ¡Carpa! originates from the Spanish word ‘tent’ and refers to a removable canvas roofed structure used for a travelling theatre, much like a circus. ¡Carpa! was a type of theatre that flourished in the 1920s and 1930s in Mexico and the southwestern states in America.

Acclaimed writer and director Cal McCrystal returns to the helm for the 11th year, following the success of last year’s The Hooley, to faithfully continue circus co-founder and producer Nell Gifford’s extraordinary vision. 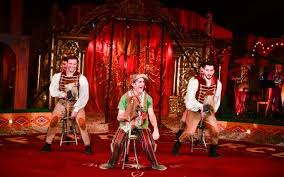 Along with Tweedy the Clown and fellow clown Adriana Duch, the show will star juggler Gordon Marquez, vaulting and pas de deux act the Donnert Family, trapeze artiste Anna Rastova, aerial duo Isabella and Daniela Munoz Landestoy, the knife-throwing Jasters and acrobats from the Havana Circus Company. As always live music will be performed by the iconic Giffords Circus Band.

“Our 2022 show will evoke the sights and sounds of rural Mexico. I have directed in that splendid country several times it is a place that I greatly admire. Mexico’s incredible art, music, history, and people will be our inspiration. We are bringing Mexican performers over to join the troupe and with them we will create a show full of skill, humour, turmoil and excitement.” said Cal McCrystal.

For tickets go to: www.giffordscircus.com

Keep a watch on Calne News Facebook page for a chance to win a set of tickets for the circus. 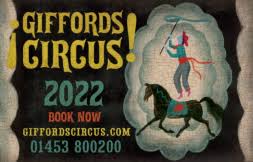