GERMAN Comedian, Henning Wehn is coming to the Wyvern Theatre in Swindon in October. 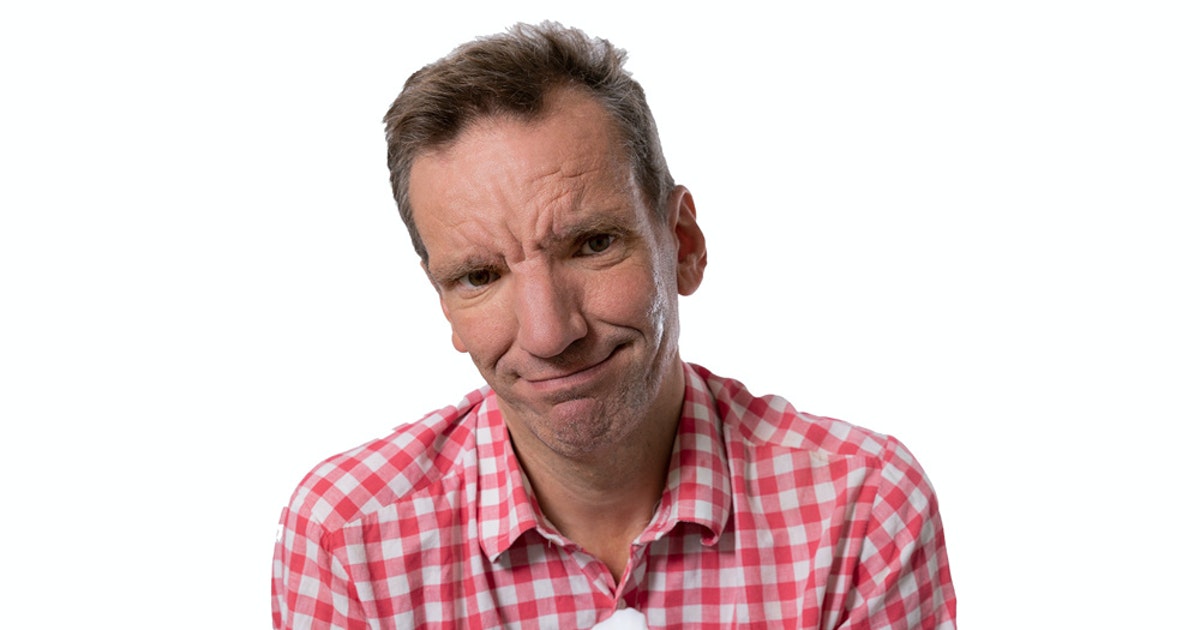 Henning is a regular face on many tv and radio shows including; Have I Got News For You, Would I Lie To You, 8 Out Of 10 Cats Does Countdown and Fighting Talk.

An interview with Henning Wehn

So, what can we expect from the new show?

It’ll All Come Out In The Wash will give the past 18 months a good rinse and make sense of the non - sensical. Expect a certain virus to be getting a mention or six. Please. Not the virus. Well, there’s been little else happening. Saying that, I did a lot of cycling.

I live in Hastings and did a lot of riding across Kent and East Sussex and also managed to cycle back home to Germany and across France to Spain.

Where in Germany are you from?

Hagen, which is in the Ruhr Valley, the industrial heartbeat of Germany. Or it used to be when the coal and steel industry was still thriving. The air quality these days is certainly a lot better than how I remember it being young.

Did you miss performing during lockdown?

I would be lying if I said I did. As much as I enjoy all aspects of stand - up comedy: writing, performing and traveling, I was perfectly happy not to have any obligations. And I’m certainly not alone. A neighbour of mine who works in Brighton absolutely loved not having to commute. I don’t remember seeing him wearing a top last year from March until October. He
occasionally put a shirt on for a Zoom meeting but would be back in his garden working on his tan in no time.

Did you do online gigs?

I had no intention to at first but then this tour crept coming up and with none of the small places where I usually do my previews open, I resorted to intimate Zoom gigs. I limited the audience number to 12, just in case of any IT mishap. And it also meant everyone could be ​unmuted throughout and we would all have a nice chat after. I got to say the whole process
worked a lot better and was a lot more enjoyable than I would have expected.

But now you’re back on the road. What’s the best bit about touring?

99 out of 100 times doing the gig is fun. (For myself anyway. I can’t speak for the audiences.) But I think it’s crucial to do fun daytime activities wherever you are. Go to a yoga class, hire a surfboard , destroy a golf course, go for a bike ride, watch a non - league game – try and turn it as much into a holiday as possible to make sure it remains fun doing and immerse yourself into wherever in the country you are.

I’ve heard many comics complain about food on the road. Are you fed up of those stereotypical Ginster pies at motorway services?

I might be unique but I’m almost certain I have never had one of those. In fact, my eating habits are probably better on the road than when at home. I’m very fond of the mobile phone app Happy Cow which lists vegan and vegetarian restaurants and shops all over the country and I’ve had some amazing finds over the years. My tour manager Ollie has also become an
absolute master at making fresh juice in the dressing room.

Is there anything you miss about Germany?

Yes, two things. Proportional representation and apprenticeships. Concepts rather than anything physical. It would be worse the other way round because I would be missing proper chippie chips and I absolutely love real ale and the plethora of micro - breweries. I have also become quite fond of Indian food, which is impossible to find in Germany .

Will you ever move back to Germany?

I’m not averse to the idea but I can’t see it. My social contacts are here and what would I be working as? I have no transferable skills.

Right. What brought you to Britain in the first place?

The company I was working for back home was about to go under and I looked at my CV and it looked alright but I didn’t speak any English other than very basic school English. So, I decided to go to Blighty for a few months and learn the language. I did apply to all 92 Football League clubs and ended up with a job in the marketing department of Wycombe
Wanderers. That was all the way back in 2002.

Being the attraction from the continent. Joking aside, my educational background is business and I offered them a research project on how different stakeholders (staff/sponsors/supporters/local residents/general public...etc) see the club and how they wanted them to go forward. It’s more useful than I make it sound.

And how did you get from Wycombe Wanderers in to stand - up comedy?

One evening in 2003 I walked past a pub and saw a sign saying: “Tonight stand - up comedy”. I had never heard of stand - up comedy and wondered what it was. I went in, really enjoyed what I saw and treated the final act, a certain punmeister Gary Delaney, to a pint and in return he wrote me down a few phone numbers for open mic comedy gigs. It all started from
there. It became a hobby that since has got out of hand.