Students at Kingsbury Green Academy put down their pens and picked up their boxing gloves to get a taste of the art of self-defence. 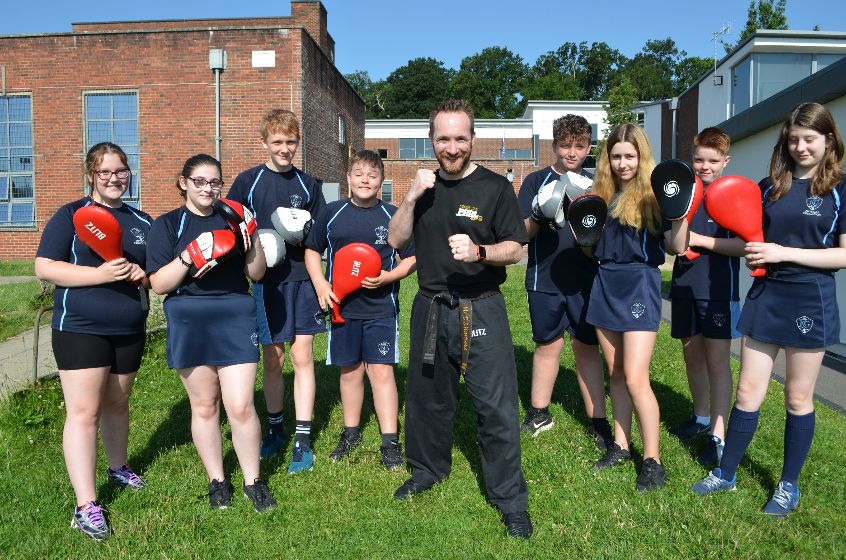 As part of the personal, social, health and economic education days at the end of term, self-defence expert Damien Harfield introduced students from years 7, 8 and 9 to a range of different martial arts techniques. Practicing martial arts requires concentration and physical flexibility, and is known to help build confidence as well as physical fitness.

“I was once a teenager who felt frustrated because I couldn’t express myself, but through martial arts I found my voice,” said Damien.

“I just want to be able to share that experience with as many young people as possible. The students reacted brilliantly, despite the heat, and because freestyle martial arts includes a wide range of techniques, including grappling, sparring, kick-boxing and self-defence there was something that suited everyone.

“It’s so rewarding helping them try some challenging techniques and then suddenly something clicks and they’ve mastered it – it’s just wonderful to watch. I could see their confidence growing hour by hour.

“Martial arts is the absolute opposite of physical violence – it’s about mastering techniques and keeping yourself and others safe. It was a great pleasure to spend two days at the school, and made even better by the fact that several of the staff there also practice martial arts so understand the value of it for people of all ages.” 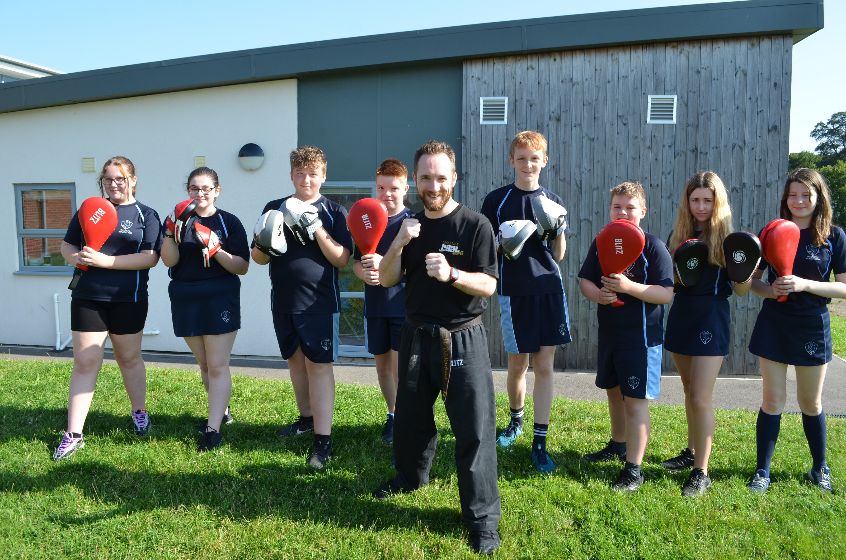 Patty Kelly, head of Religious Studies, Citizenship and PSHE at Kingsbury Green Academy, part of the Royal Wootton Bassett Academy Trust, said the two days were a huge success and that students felt they had learned a lot about the disciplines as well as about themselves.

“I took up kick-boxing myself not that long ago, and I know it’s had a very positive impact on my physical health and on my wellbeing generally, so we really wanted to show the students that this is something they can benefit from, too. It’s well known that the endorphins released during exercise can boost mood, and anyone who knows they can defend themselves if they ever have to is also going to feel more confident and in control of their own lives.

“Of course, it’s important that we teach students academic subjects, but we are also determined to provide a rounded education and prepare them for the adult world.

“By giving them the skills and confidence to explore and try new experiences that can enhance their lives and those of others. If they leave school confident and happy, as well as knowledgeable, we’ll have done our jobs!”