A Calne primary school with a ‘strong moral code’ is making positive improvements under its new leadership team, according to Ofsted inspectors.

Pupils at Marden Vale CE Academy, which has been led by Headteacher Alison Emmerson since last year, have benefited 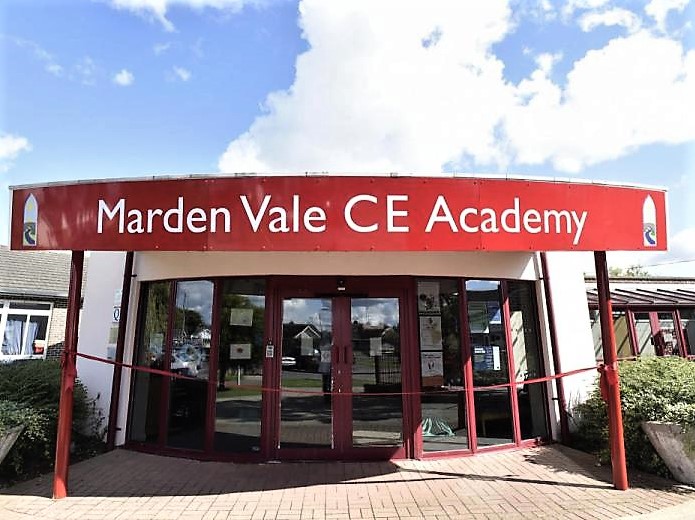 from a systematic development of the curriculum and inspectors said that staff are taking the correct steps to improving learning further.

It was noted that there is a growing sense of ‘belonging and pride to be part of the Marden Vale family’, seen in pupils’ regular and improved attendance.

The inspection team said the Diocese of Salisbury Academy Trust (DSAT), which oversees the school, had appointed skilful leaders, including Mrs Emmerson, whose senior team had improved the school ‘markedly’.​

There was praise for the school’s ‘effective’ safeguarding processes, with inspectors saying there was a ‘strong and vigilant culture’ of safeguarding with concerns identified quickly.

In the report, the inspectors said “there is a much sharper focus on meeting pupils’ communication and language, reading, social, emotional, mental health and medical needs. Many teachers are setting more precise targets for pupils with SEND (Special Educational Needs and Disabilities)”.

Ms Emmerson said: “This school is on an exciting journey and I am delighted that the Ofsted inspectors have recognised the changes that have been made in a very short period of time.

“My staff team are committed to a relentless pursuit of the highest standards and I want to accelerate the good work already done. As is the nature of an inspection, there were concerns raised but I can assure families we have already taken steps to addressing them.

“I was particularly pleased that they noted the sense of family and community which we are fostering here.”

Mark Lacey, CEO of the Diocese of Salisbury Academy Trust said: “We are delighted with the progress at Marden Vale and the leadership of Mrs

Emmerson and her team. To have achieved this despite the challenges of lockdown, is something to be proud of. We all recognise that this is just the start of the journey and know that the school will go from strength to strength in the months to come.”

The inspectors said there were ways in which the school could improve further, especially with further development of the curriculum in maths and writing.There was also scope for staff to have even greater expectations over behaviour at times and to expect even more of pupils in academic subjects.​

Concluding that some improvement is still required, the inspectors decided that the school had moved forward considerably from its previous full inspection in June 2018.
​