STUDENTS at more than a dozen schools in and around Calne have been working together to create a virtual Christmas carol video. 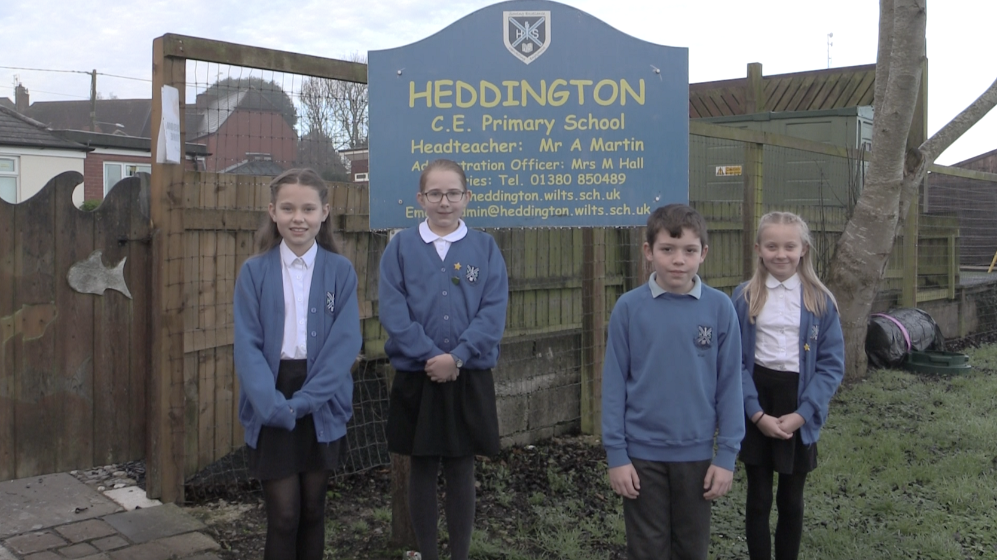 The video, which is the brainchild of Ashley Martin, Headteacher at Heddington Primary School, features pupils from 13 different schools, with each group singing two or three lines from the carol Child in a Manger Born which is from Out of the Ark’s Songs for Every Christmas.

Mr Martin trained in primary education and music and sings in the Heddington Benefice Choir, whose main event each year is the Nine Lessons and Carols service held at St Andrew’s Church in Heddington. The video has been shot and edited by Andy Mitchell of Mitchell Digital Media, who has donated his time for free.

Mr Martin said the idea for the carol came to him in his sleep.

“I had a dream where I saw a montage of all the schools in Calne singing sections of the song We’ll Meet Again,” said Mr Martin.

“When I woke up, I thought we could do the same but with a Christmas song. In the absence of remembrance, nativity services and Christmas fayres this year, it seemed like a good way of giving something back to our wonderfully cohesive Calne community, as well as allowing the community to see what the children can do.

“A total of 13 schools* including primary, secondary, independent schools and a school that supports young people with autism, were keen to take part. The mini-choirs from each school practised the lines that they were allocated, and Andy Mitchell and I managed to visit each school in just one day to record their contribution.”

Mr Martin said the preparatory work, including COVID risk assessments and securing a licence to record the song, which the publishers granted for free, was quite considerable but on the day it all came together very well.

“We had created a very tight running order, and the pupils had all done their practice, so it has turned out to be a lovely collaboration,” he said.

“I think it’s going to be a real tear-jerker for a lot of people – by the time we got to the final verse we both had lumps in our throats. With such a different lead up to Christmas this year, it’s wonderful that young people can still enjoy the spirit of Christmas and share that with the community.”

The video will debut as part of Calne New's 'Light Up Calne For Christmas' initiative, where more than 150 homes will coordinate in switching on their Christmas lights at 6pm on Saturday 5th December.

Amongst the schools taking part is Springfields Academy, an acknowledged centre of excellence for Autism.

Interim Deputy Headteacher, Nicola Whitcombe told us: "This means such a lot to the children here, as an Autism school, children haven't been able to perform in traditional nativity performances in the past because of the children's anxieties due to their diagnosis. We are really excited to be able to join in with the community project with all the other schools in Calne."

In addition to the community project, Springfields Academy are also filming and producing their own special Christmas video this year for their parents and key stake holders.

This video project will see students from Springfields in Calne and Springfields South join forces. Nicola said: "We can't bring parents to us this year, so we wanted to go out to the parents. For most children, a Nativity performance is a rite of passage but for a child with Autism it isn't something they get to take part in. We have already had so many parents say they never thought they'd get the opportunity to see their child take part in a Christmas performance, it means a lot to them and the children.

"Our school has 170 unique students aged from 5 to 16 and this will be such a positive experience for them."