Parliamentary Candidates Put Through Their Paces At Kingsbury Green Academy

The parliamentary candidates for North Wiltshire were put through their paces by students at Kingsbury Green Academy's sixth form last week. 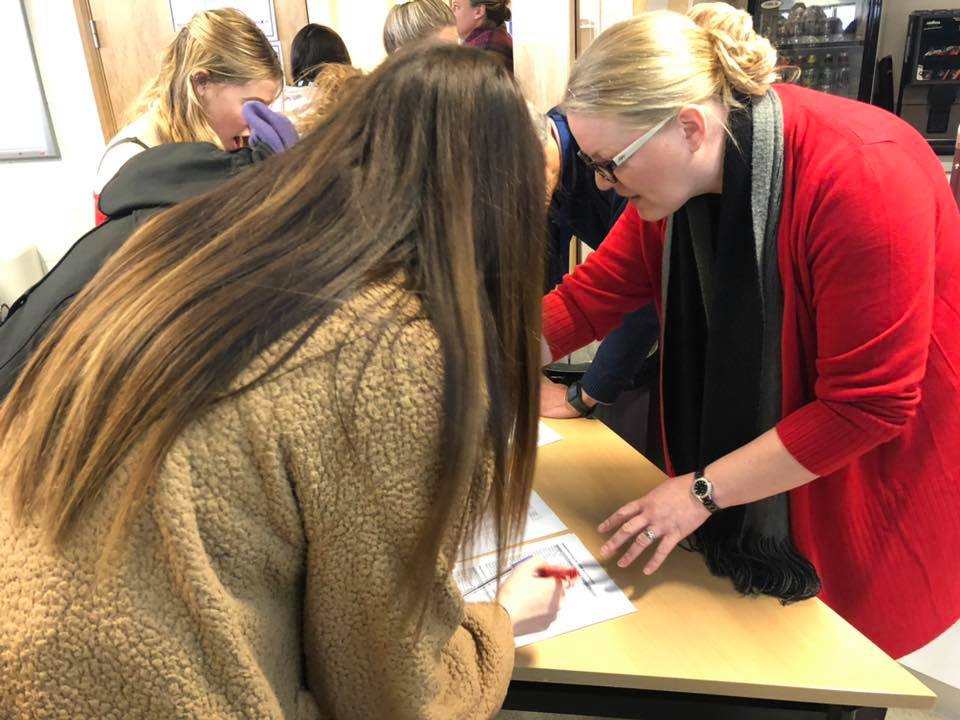 James Gray, Jon Fisher and Brian Mathew attended the school to speak to the students and answer their questions before a mock election was staged.

Prior to the day, pupils had worked within their tutor groups studying and discussing each of the manifestos. Some of the pupils have turned 18 and will be able to vote in the General Election.

Before the mock election took place, candidates were quizzed on a range of topics including student tuition fees, Brexit, environmental concerns and equal rights for same sex partnerships. They were also asked what they felt were Calne's issues.

Conservative MP James Gray told Calne News: "I thoroughly enjoyed my meeting with 130 Sixth Formers at Kingsbury Green. It was challenging- over a wide range of questions from my voting record, through poverty and exclusion to Climate Change.

"But I hope that the students will think that I replied to their questions fairly and honestly; and I was delighted by the very warm round of applause I was given at the end, and the requests for a few selfies! I cant have got everything wrong."

A spokesperson for Calne Labour party told Calne News: "Jon lives in Calne and had a great time at Kingsbury Green Academy explaining why everyone should vote Labour in North Wiltshire for their New Green Deal which will mean better investment for towns and villages."

Liberal Democrat Dr Brian Mathew said : "It was great to participate in the meeting with the 6th Form. As far as the results are concerned I well remember in my youth being radical, that is how one should be in ones teens.

For those who work however Brexit is a very real fear in terms of its impact on employment, prosperity and ending austerity.

As the party dedicated to stopping Brexit in its tracks the Liberal Democrats offer an emergency parachute which I hope North Wiltshire and the Country makes use of."

Three year 10 students were tasked with counting the votes and results were: