Wiltshire's young people encouraged to stand for youth elections in 2020

Are you aged between 11 and 18? Do you want to make a real positive difference in your local community? Then Wiltshire needs you! 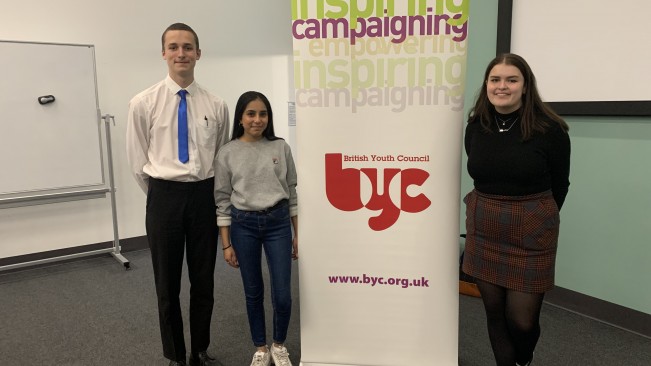 Young people in Wiltshire who want to make a positive difference in their area are encouraged to put themselves forward to be a Member of the Youth Parliament (MYP) for 2020.

The Parliament provides opportunities for those aged 11 to 18 years to use their elected voice to bring about social change through meaningful representation and campaigning.

Cllr Philip Whitehead, Leader of Wiltshire Council, said: "The young people of Wiltshire are our future. We need their energy and ideas to make real positive difference. They will be following in the footsteps of some great MYPs and I hope we will have many nominations for this great opportunity."

Candidates will be asked to complete a registration form and submit a video-manifesto by 16 December 2019 for using during the campaign and election period.

Those successfully elected will have a number of roles, including:

Work with local councillors and MPs to promote youth voice
Attend regional conventions of the UK Youth Parliament (three Saturdays a year)
Attend the House of Commons to debate issues in November 2020
Become an active member of the Wiltshire Assembly of Youth
Wiltshire has three seats on the UK Youth Parliament. The successful MYPs will stand in the area where they go to school and those living in Wiltshire or attending boarding school here can apply. More details and nomination forms are available here.