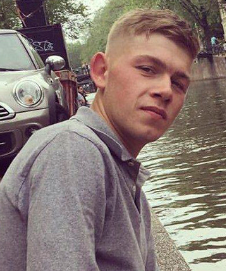 Cameron Tait was with friends in Bremhill View Social Club car park in Calne yesterday evening when he was attacked. Emergency services were called to the scene shortly after 6.45pm.

Mr Tait was found to be suffering a major bleed from serious injuries and was taken to Southmead Hospital in Bristol. Calne News understands he has since undergone surgery and remains in a serious condition.

Armed officers and police dogs worked at the scene and a short time afterwards, an 18-year-old man from Calne was arrested on suspicion of attempted murder.

Two further men, aged 19 and 20, and from Royal Wootton Bassett, were also arrested, on suspicion of attempted murder by joint enterprise.

All three are currently in police custody.

An eyewitness told Calne News they believe the assailant stabbed Mr Tait as he sat in a his car.

Insp Mark Luffman, from Wiltshire North Community Policing Team, said: "I know the community in Calne will be understandably concerned and anxious about last night's events, but I hope they will be reassured by the quick progress in our investigation and the fact that three people have already been arrested.

"This was an isolated incident involving a group of people who are all known to each other.

"There will be an increased police presence in Calne over the coming days as officers and detectives carry out their enquiries, and I hope that will provide some reassurance to the local community.

"I want to urge anyone who has information which could help our investigation to come forward and speak to police about what they know."

Anyone with information is asked to contact Central CID immediately on 101 and quote log number 279 of 12 November or crime reference number 54180107424.