Members of Calne Labour Party were in the town centre today, Wednesday 16th January, to demonstrate against traffic jams in Calne. 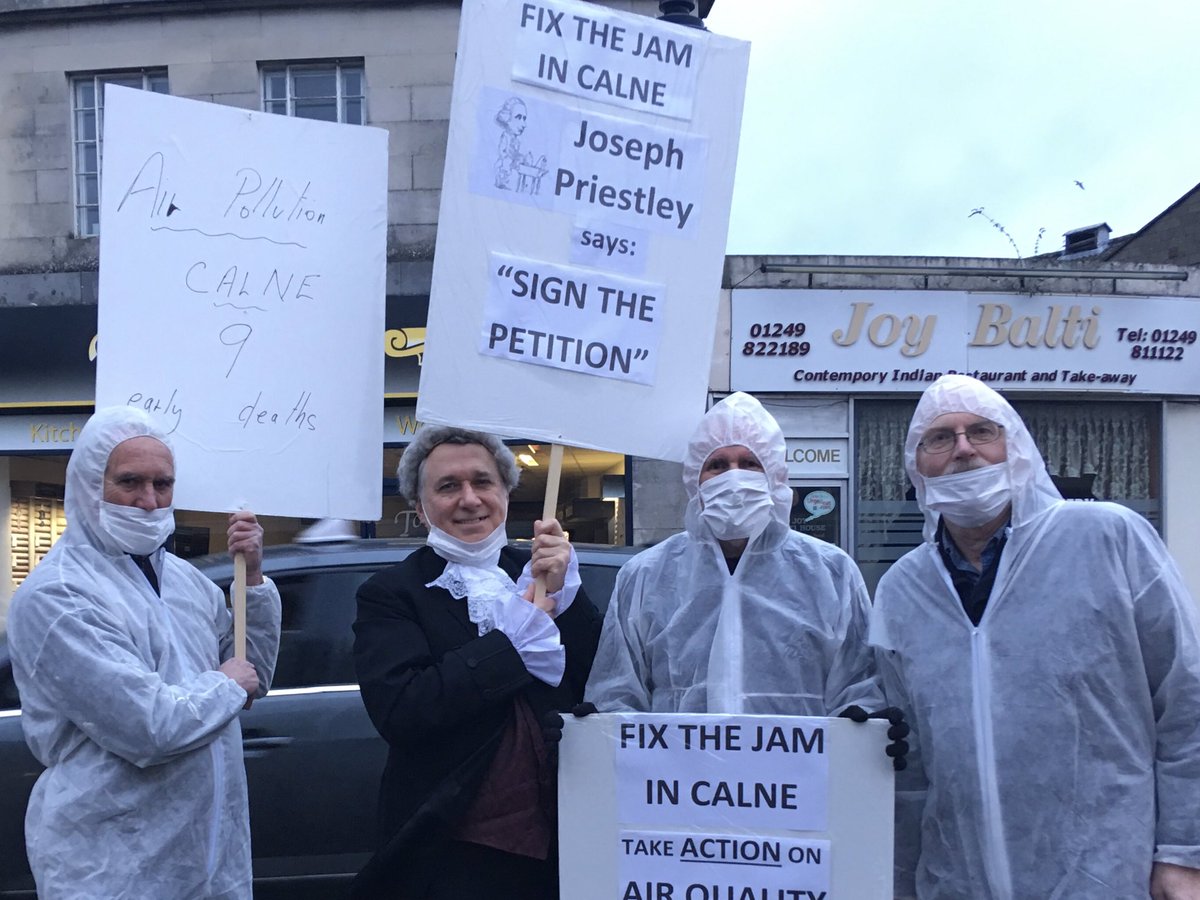 A large part of Calne, covering most of the town centre, has been designated an Air Quality
Management Area due to pollution levels well in excess of Government limits for Nitrogen Dioxide
and Particulates (small particles in the air). Both these pollutants emanate from road traffic and can
be very damaging to human health. It has been estimated that this level of pollution contributes to
the premature death of 9 people in Calne every year.

Air pollution is exacerbated by traffic congestion, which is a particularly significant issue at the give-
and-take system between Oxford Road and Curzon Street. This bottle-neck effectively cuts the town in half during peak periods, with significant delays to journey times.

Calne News spoke to some parents walking their children to school this morning. One mum of four told us "I am genuinely very concerned, all my children walk to school and the air is thick with pollution, walking is meant to be the 'healthy option' but I don't see how it can be when their lungs are being filled with pollutants."

Another parent told us "I have actually taken my scarf off today and given it to my son to put over his mouth while we are walking through the worst of it. The traffic backs up on Curzon Street and sometimes you can almost taste the fumes"

Dressing as Joseph Priestley, Calne’s discoverer of Oxygen, Tom Morris, Secretary of Calne Labour said: “Joseph Priestley discovered Oxygen in Calne but we’ve not got enough of it to go round! Children are at terrible risk of developing breathing problems just by walking to school, and the time it takes to get through the give-and-take section of road in the middle of Calne is appalling. It is time for Wiltshire Council and Calne Town Council to organise the funding for a traffic assessment and sort this out!”

A petition has been launched on Change.org demanding Wiltshire Council and Calne Town Council 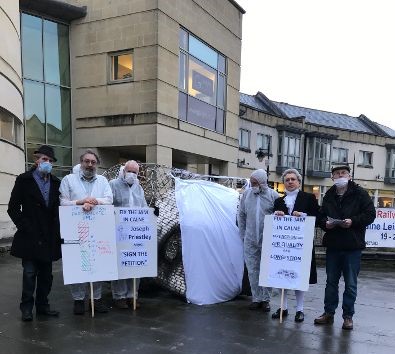 urgently fund a traffic survey to fix Calne’s traffic bottle-neck and improve air quality. The petition can
be found HERE

The campaigners plan to present the petition to Wiltshire and Calne Town Councils in early February.