There was cause for celebration at the weekend as local trumpeter Matthew Powell was named the winner of the Wiltshire Young Musician Competition 2018. 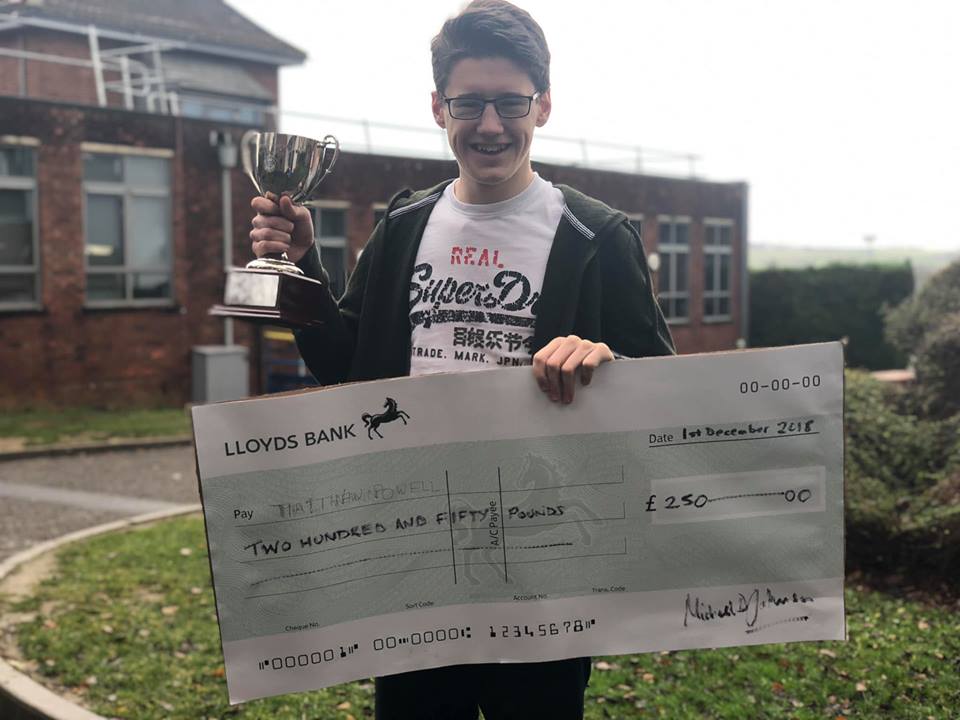 The 2018 Festival Concert was held on Saturday, 1st December at 7pm in the Devizes Town Hall Assembly Room.

The Wiltshire Young Musician Competition was won by Matthew Powell,17, who played the 1st movement of the Hummel Trumpet Concerto. Second was Madeleine Longbotham, 16 (flute) from Devizes and third was Eliza Munday, 16 (violin) from Exeter.

Matthew, who is a sixth former at The John Bentley School in Calne received a trophy from Mayor Andy Geddes donated by Devizes Rotary Club and a cheque for £250 for future music tuition, provided by Devizes Solicitors, Wansbroughs.

Eisteddfod director Michael Johnson said: "Matthew was the third winner of the young musician competition which was held before a packed audience in the assembly room at the town hall.

"The competition was part of the Devizes Eisteddfod’s final promotion of 2018 which also featured notable performances from the festival.

"This was the first time the competition has been held since 2015 and it will now become an annual event. The adjudicator was the distinguished musician, examiner and performer Sharon Gould from Salisbury."