WITH campaigning now well under way for the forthcoming Chilvester & Abberd by-election, the choice of wording on the Liberal Democrat campaign leaflet has caused consternation with the Labour Party. 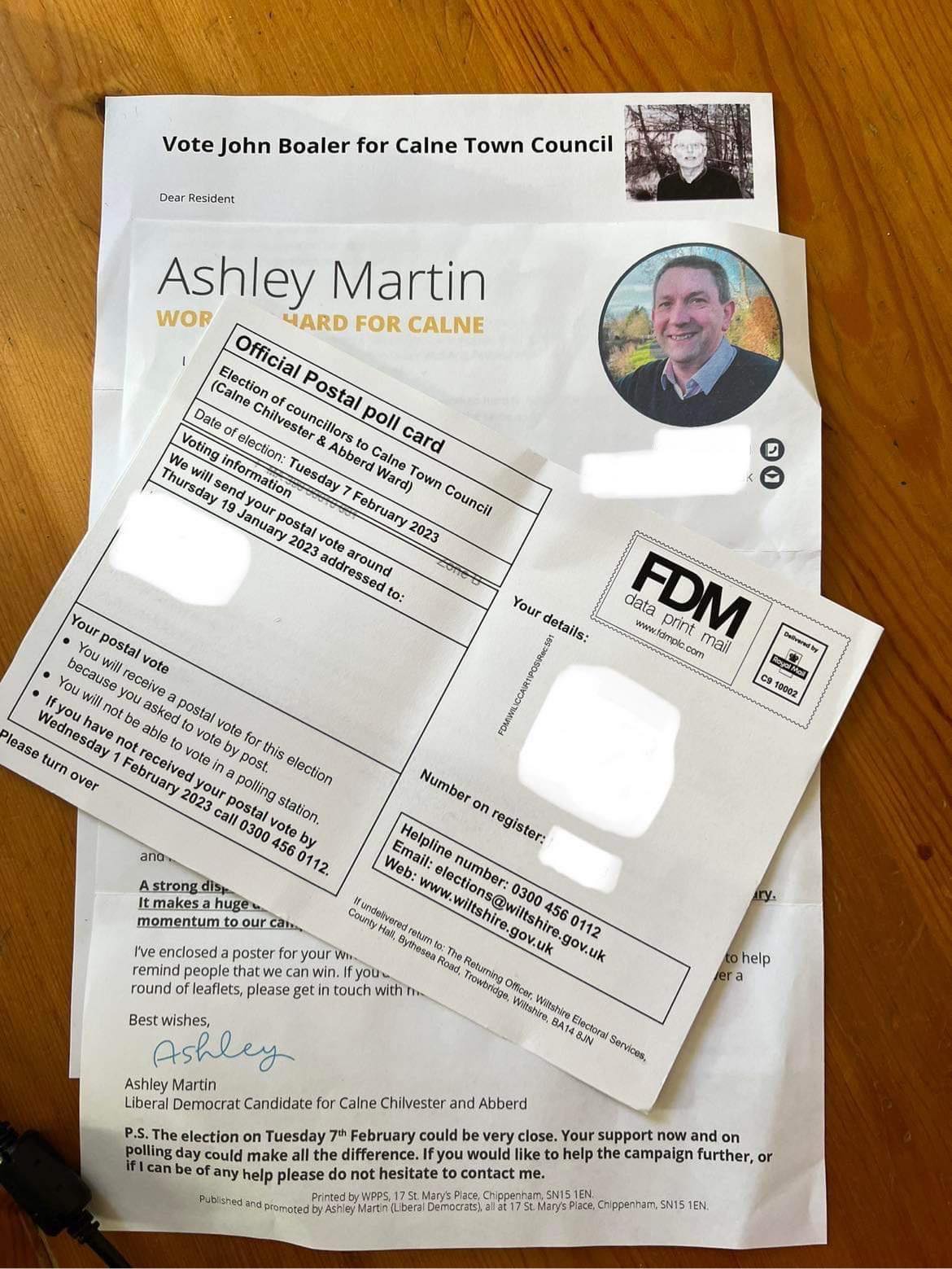 The seat is being contested by just 2 candidates – John Boaler for the Labour Party and Ashley Martin for the Liberal Democrats.

Whilst Ashley Martin does indeed live in the Chilvester & Abberd ward, five fellow Lib Dem councillors do not live in the wards they represent.

John commented: “The LibDems have no problem with this. So why are they picking a fight with me over this?"

Geographically there is nothing to separate the wards, they are all right next to each other, and realistically would any Calne resident think of themselves as being affiliated to a particular ward? Wards are geographic subdivisions of a local authority area. The intention of these defined areas is to enable fair local representation by elected councillors.

John continued: "Labour is campaigning on real issues - a local contact point for the police, a 20 mph speed limit for all residential roads, for more crossing points on main roads; and against more housing until we have more doctors and dentists in Calne.

"I have also pledged to oppose any increase in Council Tax after the Town Council took £1 million pounds from its reserves to purchase 3 houses for rent, as a long-term investment."

Lib Dem candidate Ashley Martin responded "In response to the Labour Party's comments regarding our leaflet, on reflection we should have been a little more specific and been much clearer that I am the only candidate in this election who lives in the ward."

Mr Martin has said he is passionate about protecting the environment and supports the Calne Clean Up Crew. He also hopes to tackle the town's growing problems with anti-social behaviour and drug taking. His campaign states a need for proper investment from building developers whilst challenging and opposing further developments which result in further strain on our doctor and dental services and congestion on the roads.