Police officers descended upon Sainsbury's yesterday evening at about 5.45pm following reports of a theft. 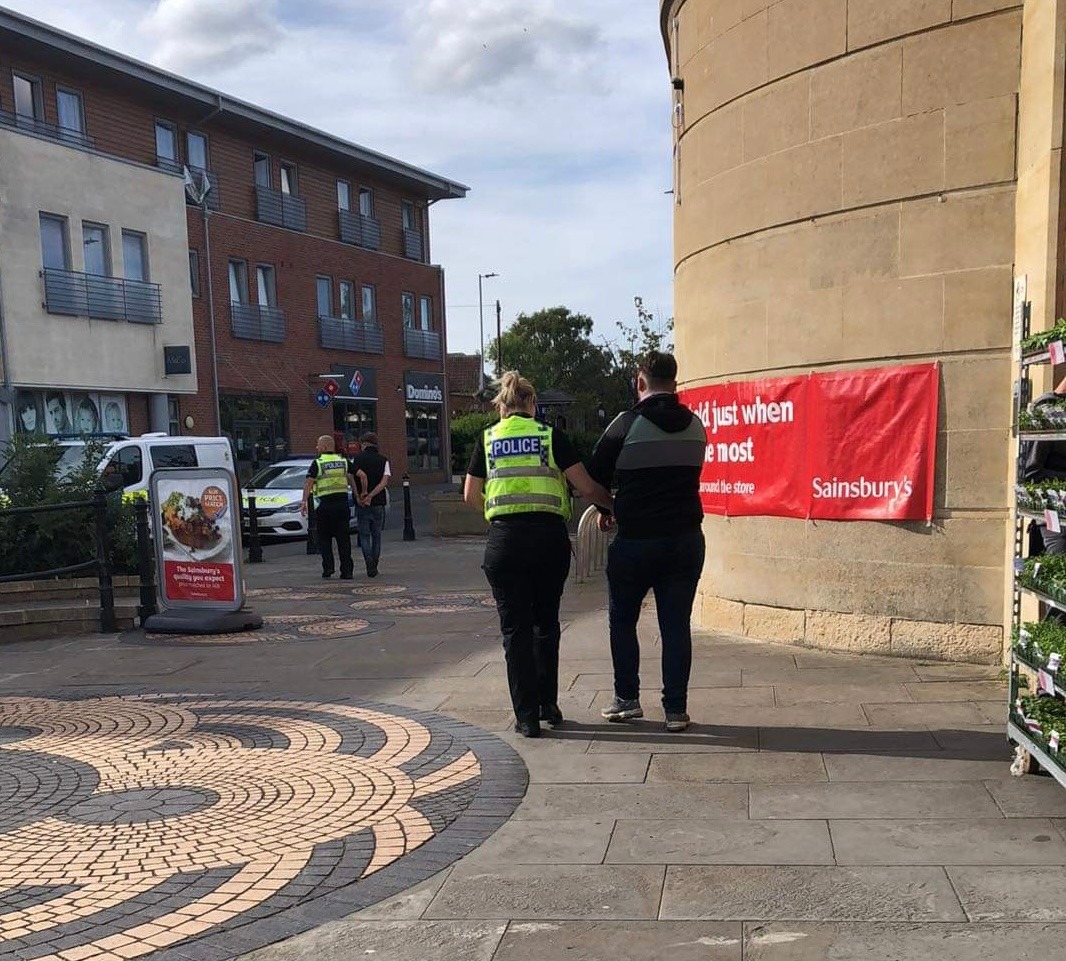 A further man who fled the scene was caught after a short pursuit on Oxford Road.

He was arrested on suspicion of failing to stop, dangerous driving, theft and conspiracy to steal.

Police say they are all currently in police custody.