Dorset & Wiltshire Fire and Rescue Service have said the fire at Compton Bassett landfill is now fully extinguished and they have left the site. 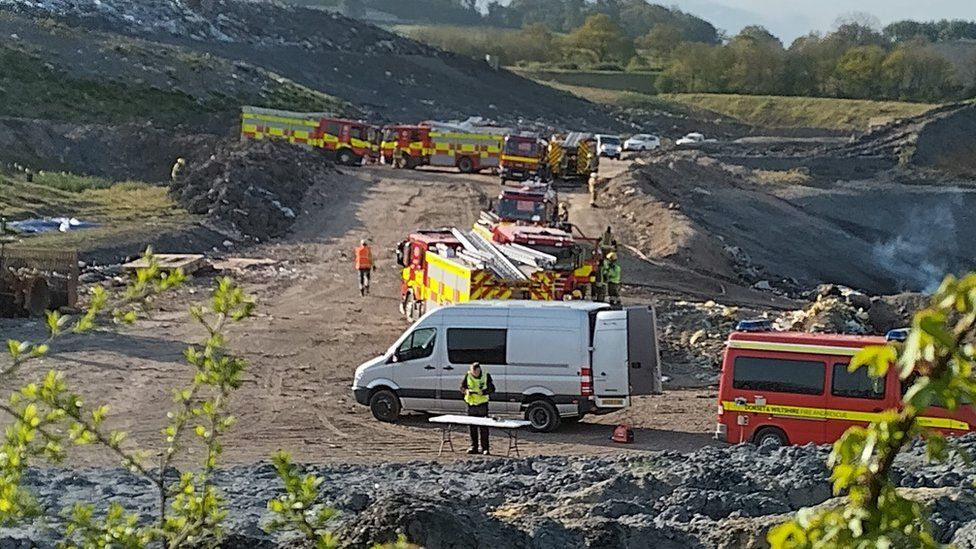 Fire crews were called to the site at 5.05am on Wednesday following the discovery of the fire by an employee at the site.

Approximately 40,000 tonnes of waste well alight as well as an additional 2,000 tonnes of tyre bales causing large plumes of smoke from the area.

People living in the vicinity reported an acrid smell coming from the fire and one resident has said cars and gardens are covered in ash and black dust.

At the height of the incident, there were around 40 firefighters in attendance including crews from Calne, although this was scaled back by the afternoon.

Crews from Melksham and then Stratton provided a watching brief overnight, and a crew from Bradford on Avon and a water carrier from Pewsey were on scene from early light this morning (28 April) to continue working with site staff to break down the waste stack and smother the affected area with soil to extinguish the fire.

The stop came at 10.45am and all Service personnel have now left the scene.

Station Manager Dave Geddes, the incident commander, said: “Thanks to the hard work of our firefighters and the on-site staff, really good progress was made yesterday in containing this fire, and today we have been able to fully cover the affected area with earth and get it capped off. There may still be some smoke rising from the site as everything settles, but the site team are happy that it is safe.”

He added: “There has been a fire investigation but, due to the size of the affected waste stack, we have been unable to determine an exact cause, beyond being satisfied that it started accidentally.”