Firefighters are continuing to battle a fire which started at Compton Bassett landfill site early this morning. 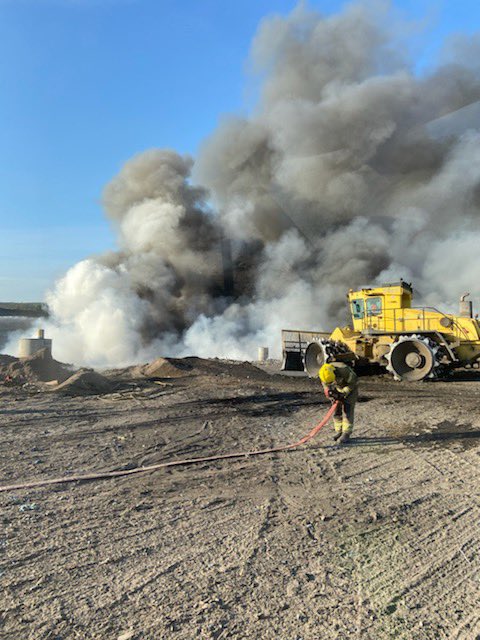 Approximately 40 firefighters from Calne, Devizes, Chippenham, Melksham and Trowbridge along with the Environmental Protection Unit from Gillingham, two water carriers from Wilton and Pewsey and the Command Support Unit from Stratton were called to the site near Calne this morning at 5.05am.

A spokesperson for Hills Waste Solutions said: 'A member of staff detected the fire at 05:00 this morning and immediately called the Fire & Rescue service, together with initiating the site emergency plan.'

DWFRS say approximately 40,000 tonnes of low-grade clinical waste and general household waste as well as an additional 2,000 tonnes of tyre bales were in the fire and a significant smoke plume can be seen heading towards the south of Calne.

Firefighters are making good progress by working alongside the site contractors to smother the fire with soil.

As of 9am this morning, the incident has been scaled back to three fire engines and one water carrier. Plans will be formulated as the morning progresses to fully extinguish the fire which is likely to continue into the later part of today. 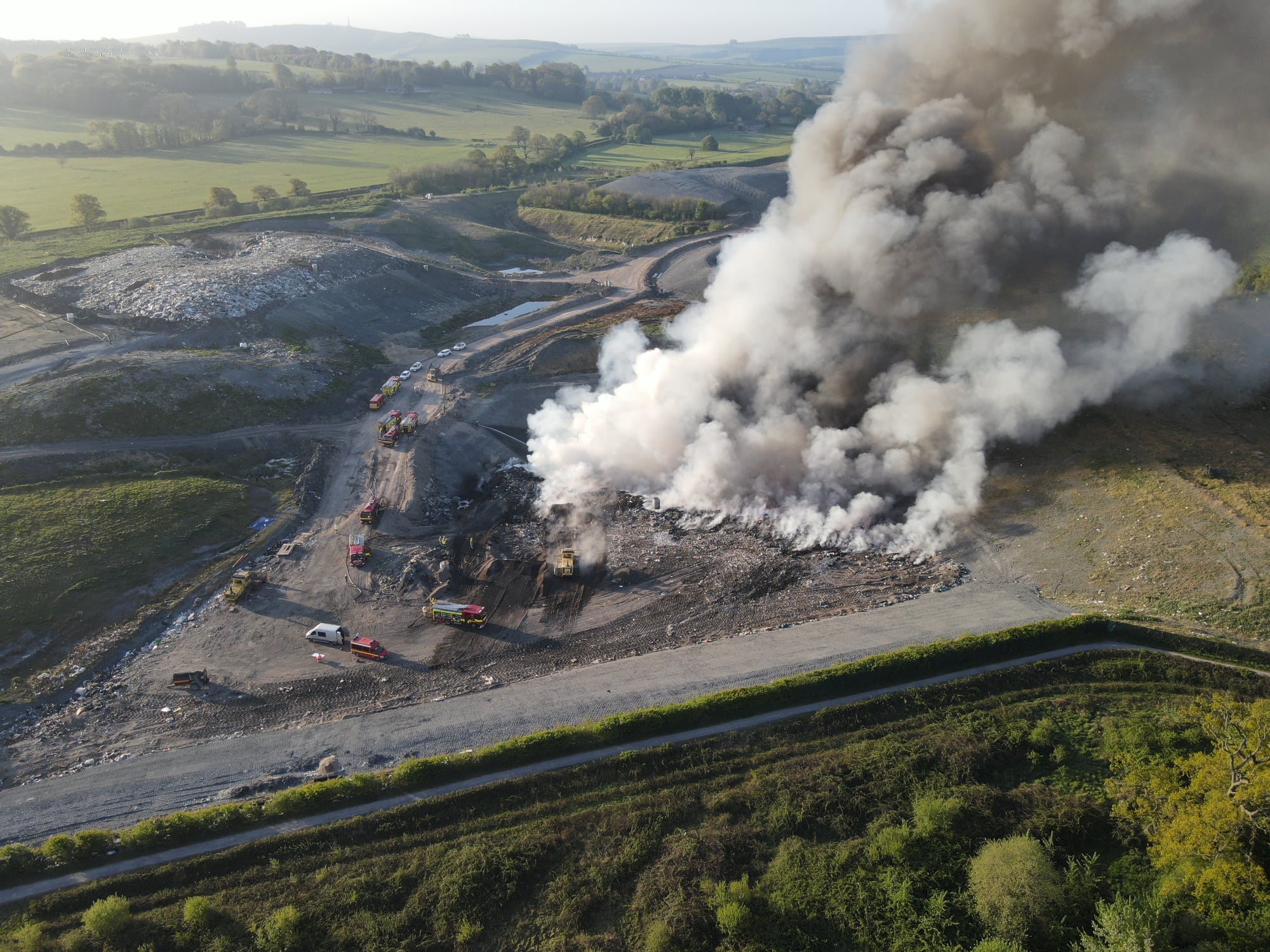 Group Manager Karen Adams said ‘We are advising local residents to keep doors and windows closed due to the smoke in the area. As this fire will be ongoing for a number of hours we will update the public with any concerns regarding the smoke should they arise.”

People living in the vicinity are saying the smell caused by the fire is 'awful'. One resident has said cars and gardens are covered in ash and black dust.