A collision involving a lorry and a car has caused the closure of the A4 between Quemerford and Devizes this morning, 6th January. 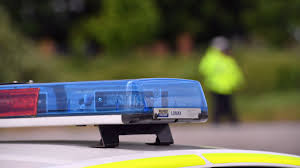 Emergency services were called to the scene of the incident at the Blacklands crossroads just before 6.30am today.

The female driver of the car is thought to have sustained minor injuries.

The road was blocked by the incident and police have had to close the road.

A police spokesperson told us: "Shortly before 6.30am today (06/01) we received a report of a road traffic collision involving two vehicles on the road from Quemerford to Devizes - near North Wilts Golf Club. A lorry was in collision with a car. The female driver of the car sustained minor injuries. The road is currently blocked."