A music student from Calne has released a video of her performing a song she wrote for her three friends who were killed in the Derry Hill crash in August 2020. 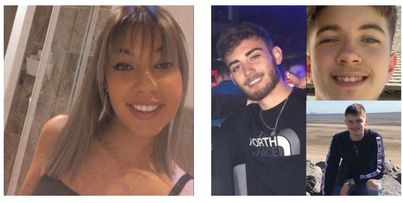 Kate Galloway is a Level 3 music student at Chippenham College, she originally met the boys two years ago and also went to college with Corey.

Kate wrote the song 'Forever In Our Hearts' last year for her final project at college which was focused on song writing.

"I found writing this piece was the best way for me to remember the boys" Kate said.

Matthew Parke's mum Amanda told us: "My family and I are so touched that Kate has written a song for our Mattie and his friends. She has put her heart and soul in to it and this shines through when you listen to the song. What a wonderful tribute to them. I think that Mattie would be so proud to have his very own song. We are so grateful to Kate for what she has done."

Ryan Nelson's mum Kerry said: "We are so grateful and honoured that Kate put so much time and effort into creating that beautiful piece of music for our lovely, lovely boys. Thank you so much Kate, it means a lot."

And Tess Owen, Corey's mum said: "When Kate presented us with this beautiful song for Corey and his friends it over whelmed me, Kate has truly given me something I can cherish forever, there aren't enough words to express how much it means to me and Corey's family. Kate you're a very talented lady with a beautiful voice, thank you so so much I will forever be grateful."

Music has always been an important part of Kate's life and she has often found it to be her way through life's ups and downs.

Looking toward her future, she is hoping to pursue her musical studies at university.

She told us: "I'm hoping to attend BIMM University in Manchester to study song writing and psychology and become a music therapist for special needs children to help them express their feelings and emotions through song."

In her spare time, Kate is a member of a new band called KAOS, they have their first gig at the London Road Inn in Calne on 18th December at 9pm.

Kate released a video of her performing the song for her friends on social media recently where she wrote:

'I wrote this song just over a year ago and finally found the courage to post it!
Today I performed a song called "Forever In Our Hearts " I wrote the song just after losing three mates in the Derry Hill crash.