FAMILIES flocked to the town centre last night for the welcome return of the Calne Christmas Light Switch On. 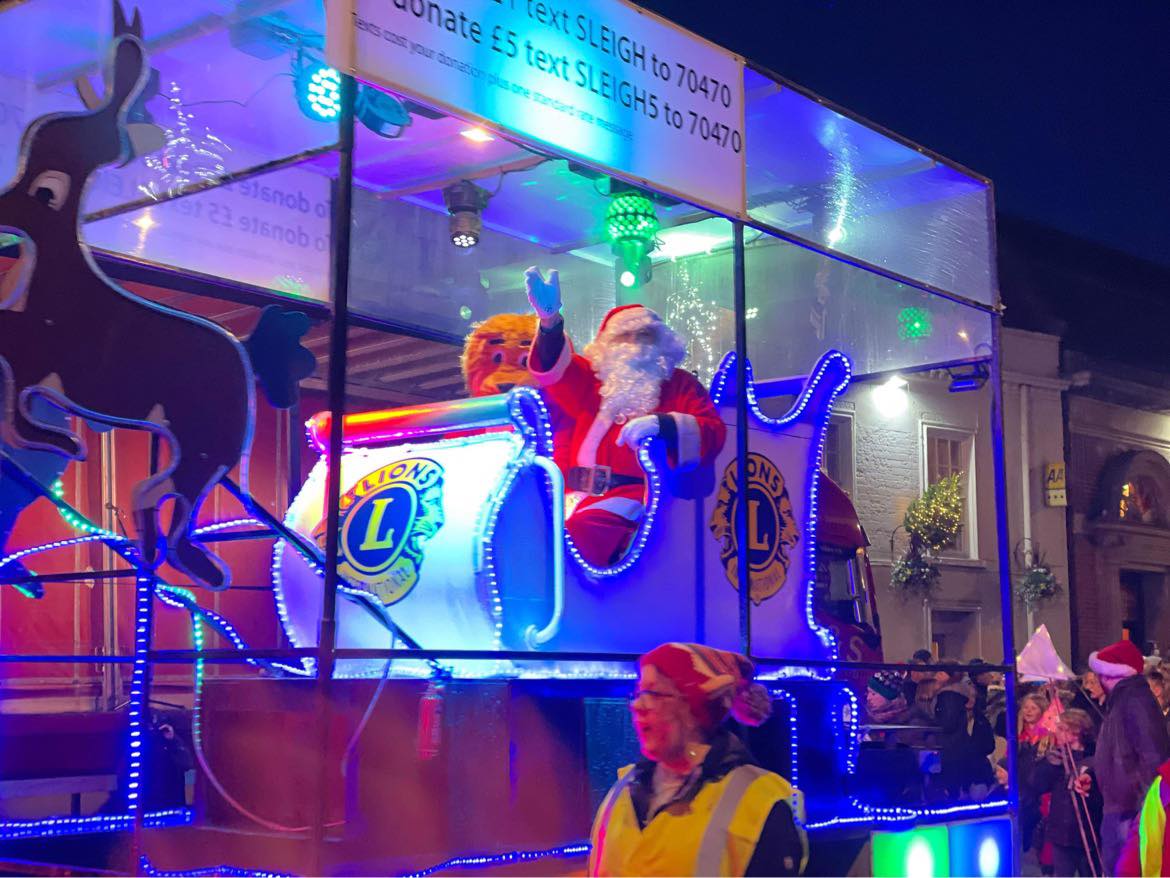 The Calne Winter Festival had been originally due to take place last weekend but had to be rescheduled to this week due to the arrival of Storm Arwen. Unfortunately, Jennings Fair weren't able to return but that didn't stop the fun.

Throughout the day, there was plenty to see and do with plenty of trade stalls and street entertainment on offer.

The Dance Academy were performing displays, Chloe's Mobile Farm were at Phelps Parade offering children the chance to meet and pet a Christmas donkey and pony, a Santa's Helper stilt walker and friendly elf mingled with the crowds and of course Santa was in his grotto.

At 4.30pm the Lantern Parade took off from Bremhill View,  Calne Town Mayor, Rich Jones was followed by Calne Lions and Santa as they led a stunning display of lanterns made by schools and local community groups through the town centre to the Town Hall for the grand finale. As the tree lights were switched on, fireworks filled the sky above the Town Hall at 6pm. 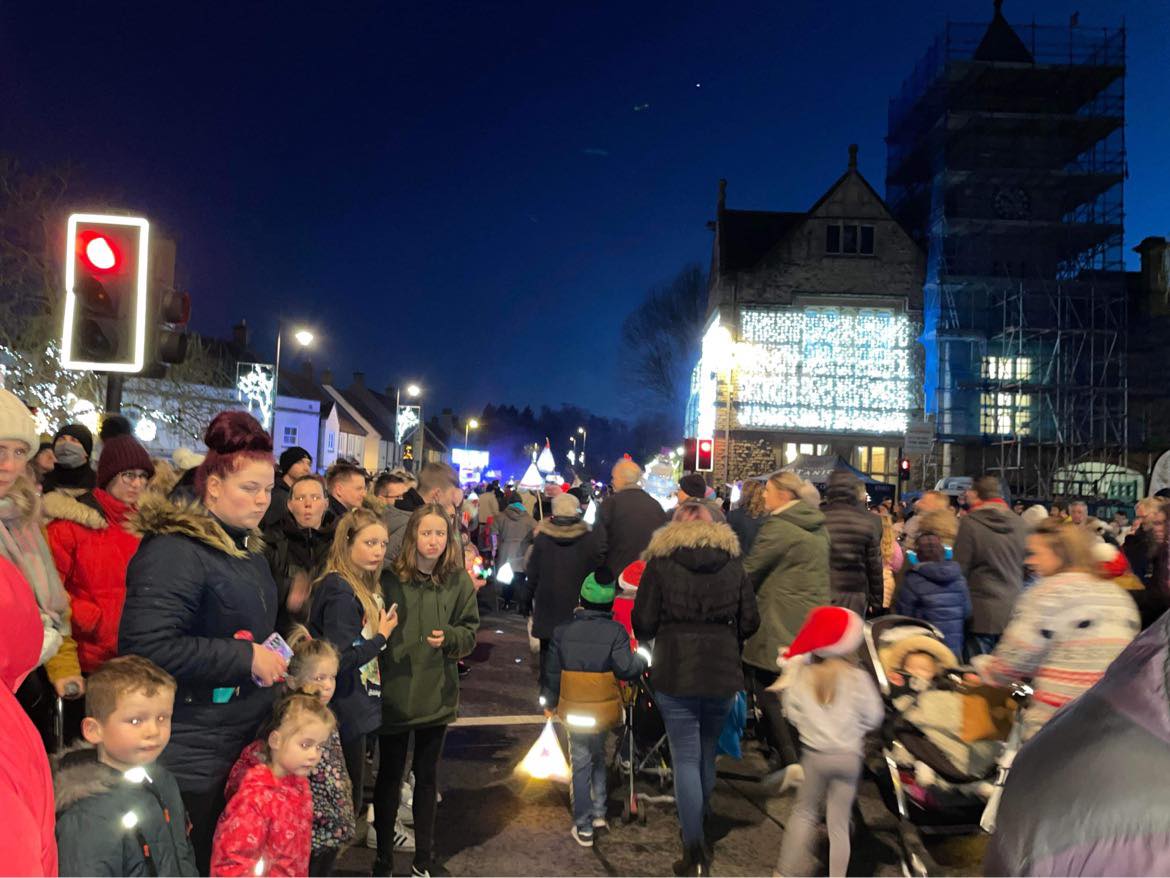 To coincide with the switch on, 6pm was also the official launch of a video made by Mitchell Digital Media featuring pupils from fourteen schools in and around Calne singing the carol Out of the Ark Music's 'The Gift'.

This is the second Christmas carol video organised by Ashley Martin, Headteacher at Heddington Primary School.

Following the event, many took to social media to offer their thanks and congratulations to all involved. One resident said: "What a fantastic sight to see so many people supporting our little town for the light switch on. Well done to Calne Lions and their wonderful cheery Father Christmas, he made so may children smile tonight. Also a BIG thank you to JJ&S for their on going support. Although the tree is a bit wonky this year.. it looks so much better now the lights are on. Well done Calne, another successful and festive evening." 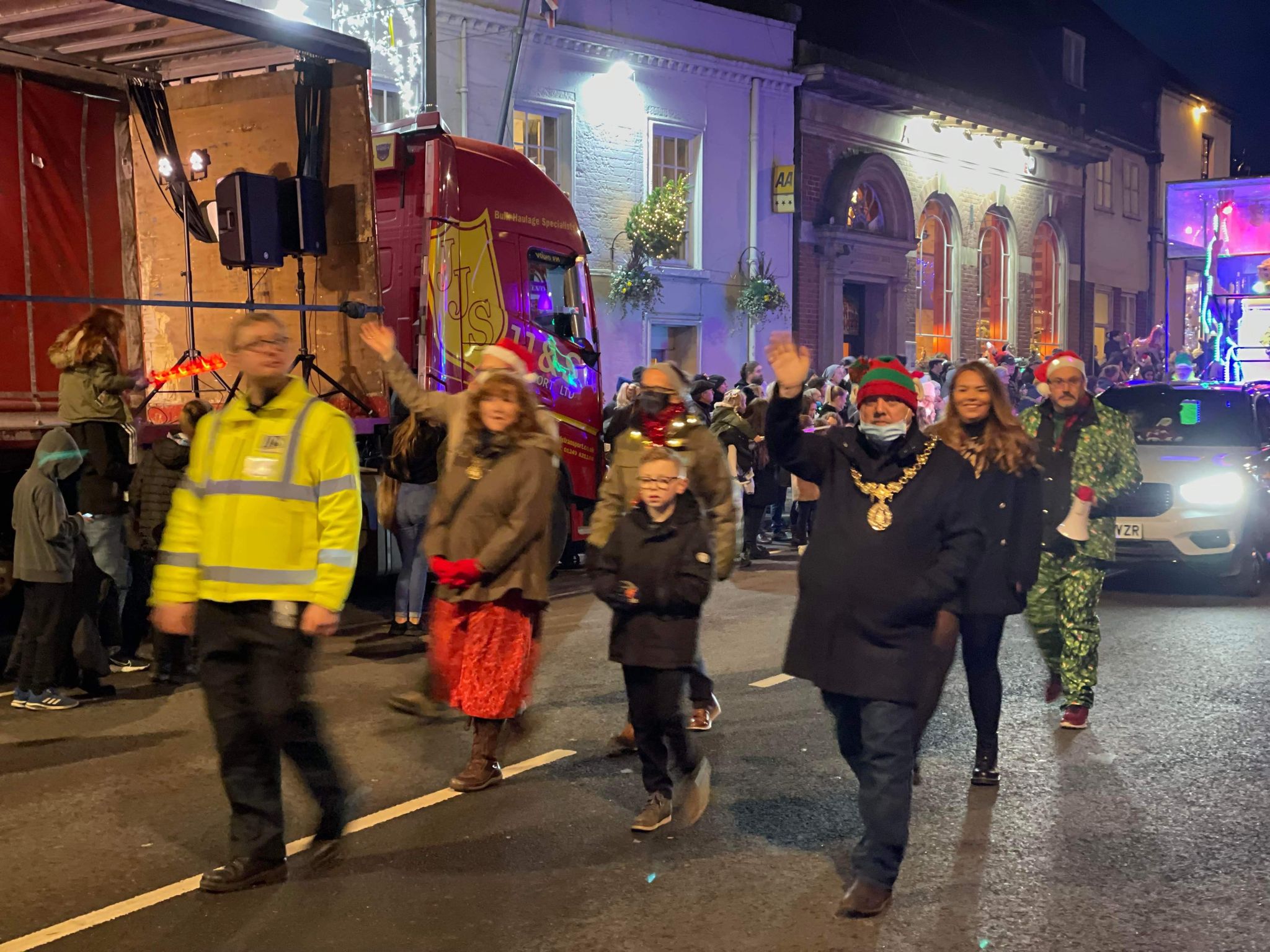 One onlooker told Calne News: "It was just lovely to have some sense of normality to return to the town after such a difficult time, I know we have a new variant to worry about and probably always will, but this was a sign that life will return to something like it used to be." 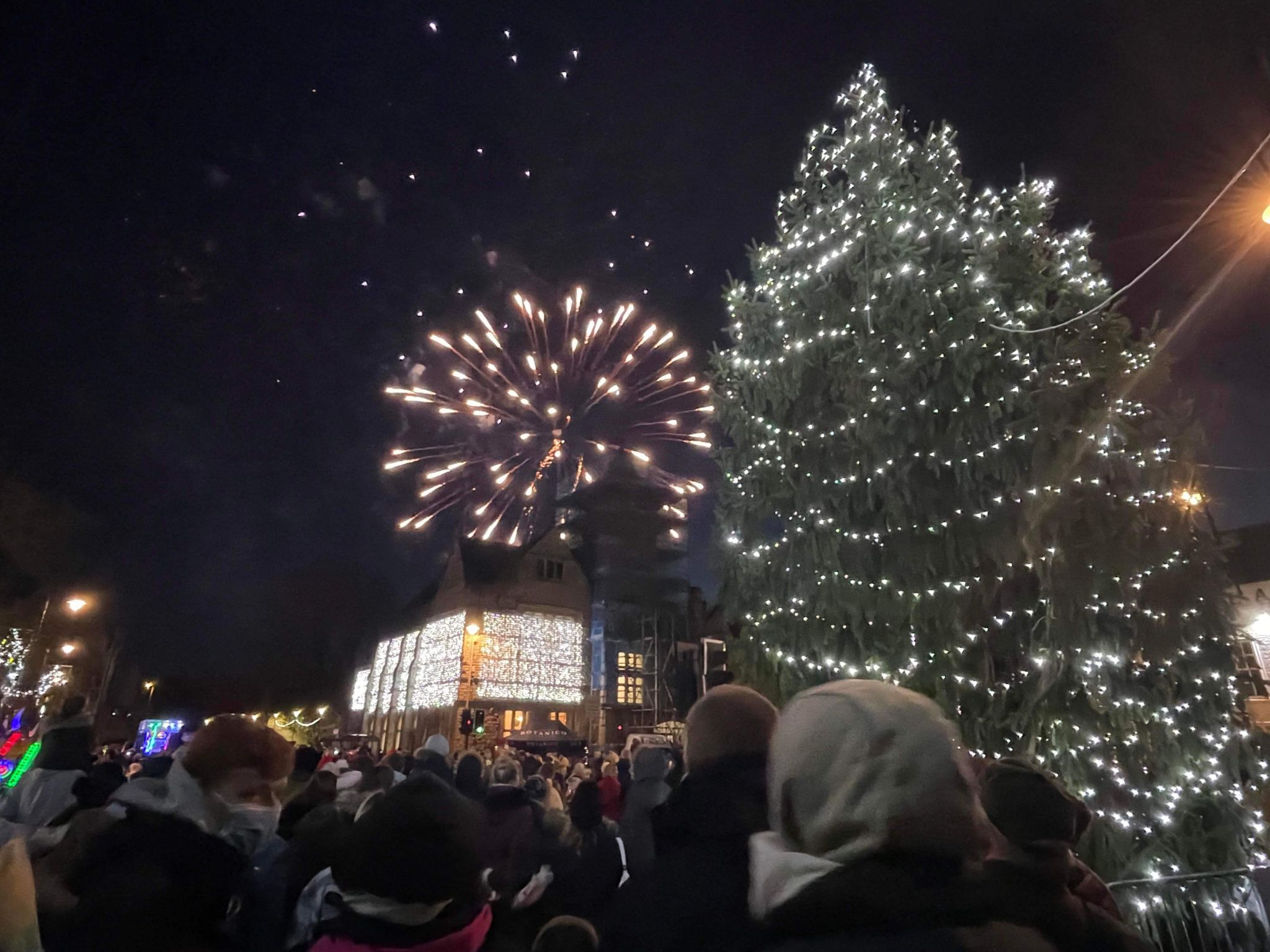