Heart Of The Community Trustees Respond To 'Unjustified Reputational Attack'

THE trustees of  the charity group Heart of the Community have released a statement today following months of rumours, allegations and an ongoing difference of opinion with the trustee of Calne In Tune, Terry Couchman.

Calne Central in Church Street has suffered a lot of negative press since it first opened in February 2020. There has been  much criticism of the group regarding a lack of safeguarding and DBS checks on volunteers. 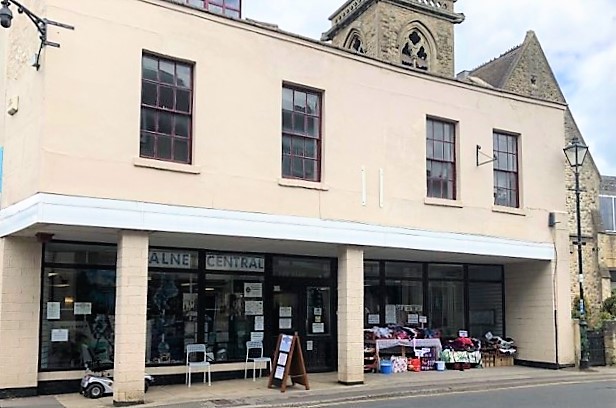 In Autumn last year, one of its volunteers, who ran his own charity Forgotten Heroes, also based at Calne Central, absconded with his charity's funds, leaving people with unfinished work.
Around the same time, there were allegations of an 'inappropriate relationship' between an underaged girl and Mr Couchman's son, who is vulnerable due to mental ill health issues. It was alleged that
Mr Couchman's son had been having underage sex with a girl and he had also been dealing drugs to young people with the knowledge of Mr Couchman.
Mr Couchman told us at the time: "The alleged inappropriate relationship arose from a friendship that my son struck up with a young woman, they would take the dogs for a walk, go for coffees at a local cafe and visit each other's homes. The other parent and I were aware of the friendship, but it did become known that she had lied to him about her age."
Earlier this year, it came to light that a man had breached his sexual harm prevention order by volunteering at the centre. Bruce Thomas Wayne of Calne had enquired about volunteering there before Christmas and was told to come back in the new year. In January he attended the centre for an induction meeting and began to volunteer.
Mr Wayne had volunteered for two months from the beginning of January as a fire warden and health and safety officer. He had been given keys to the centre and had access to the CCTV.
At the time, a statement released by Terry Couchman who was then CEO said: "Like any organisation, we do have safeguarding procedures that are strictly adhered to. New volunteers are given a month’s grace, to find out if they wish to commit to volunteering with Calne Central on a regular basis. During this time, they are always with an experienced volunteer.
​
“When one of our trustees felt uneasy about Mr Wayne, they notified the police immediately, and within 24 hours, Mr Wayne was taken in for questioning.”
Consequently, Mr Wayne was jailed for 3 and a half years and at court it was noted that 'the charity, now rebranded as Heart of the Community, acted in a responsible way, only allowing him to volunteer while supervised while they waited for the necessary checks to be done, and then alerting the police when they became suspicious of him'.
In March this year, allegations made during the preceding 3 months came to light. These allegations included drug dealing on site, under-age sex at the premises and bullying.  Mr Couchman maintained that these claims were being spread by an 'aggrieved ex-volunteer' and his associates.
As a result of these allegations MASH (Multi Agency Safeguarding Hub) who provide triage and multi-agency assessment of safeguarding concerns in respect of vulnerable children and adults, requested an independent investigation. However, further allegations have since rocked the foundations of the Centre with far reaching consequences to funding and tenability to the charity.
In May, rumours of under-age sex at the centre resurfaced when during an altercation at the centre, one of volunteers alleged that two young people had been sneaking into an upstairs room to engage in sex while volunteers were busy cleaning the centre down for the night.
As MASH became aware of all the allegations, funding for Calne Central was put on hold pending the review. In a telephone conversation, a spokesperson for MASH told us that any reports and allegations they receive are taken very seriously and have to be investigated fully.
Following the reports to MASH, an email was sent to the Trustees outlining some 'Safeguarding Concerns' based upon these claims. 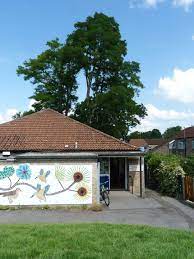 Meanwhile, 'Heart Of The Community' who had been sharing the Church Street premises took the decision to distance themselves from Calne Central and following advice from the Charities Commission, Ian and Mary Wakeham secured funding to open a drop-in centre for people of all ages at Coleman's Farm. Heart of the Community provide a hot meal every day, daily activities and the opportunity to chat.
​
During this time Terry Couchman has become increasingly irritated by the situation and has delivered a sustained attack on Mary Wakeham on social media platforms claiming it was she who was to blame for any safe guarding issues that she had taken money from the charity and was now spreading lies about him and getting her friends to 'slander and libel Calne Central out of spite'.
Throughout this time Ian and Mary Wakeham have stayed silent on the subject, choosing instead to plough their energies into establishing the Heart Of The Community at Coleman's Farm as an invaluable local resource. Alongside offering hot meals, they have daily activities such as bingo, seated sports and craft workshops, they even have a visiting hairdresser offering salon cuts at a snip of the cost.
Today, in order to clarify the situation from their point of view and hoping to put an end to the rumours, they have issued the following statement:

2021 has been a difficult and challenging time for us. We have been and continue to be subjected to an unjustified and very public online reputational attack which has harassed us in the most distressing way possible and caused us serious harm. We have found the effects of the campaign tormenting to the point of being unbearable, and it has caused us extreme alarm and distress.

As highly respected members of the Calne community we have made it a priority to support several charitable causes.

We are both Trustees of a Charity called Heart of the Community (Charity number 1194894), formally known as “Calne Central”. This was Initially founded as an unregistered charity in 2020 by the Trustees of Calne in Tune. In March 2021 the charity was rebranded to disassociate itself from Calne in Tune as a result of the inaction of some of the Calne in Tune trustees relating to safeguarding issues (outside the operating hours of Heart of the Community) at its Church Street premises.

These concerns along with advice received from the Charities Commission, resulted in the Heart of the Community Trustees decision to move one of its Trustees and to move to new premises where the former Trustee had no control or involvement.

The charity is now located at Coleman's Farm Community Centre and is dedicated to providing a hot meal to those in need and a safe place that acts as a well-being centre for those with mental health issues, ranging from bipolar and/or anxiety issues and to those experiencing loneliness. It has also expanded to provide support for parents/carers of young children with autism.

The decision by the Trustees to disassociate itself from Calne in Tune and the former Trustee coincided with us being subjected to a tirade of publicly available online abuse, through social media, and other electronic forms, which has been orchestrated and disseminated by Terence Ronald Couchman a Trustee of Calne in Tune and a Calne Town Councillor.

Whilst Mr Couchman’s actions appear to be directed at damaging our reputation as well as an attempt to shift and divert the focus of safeguarding issues away from himself as a Trustee of Calne in Tune, his online public posts have resulted in the outpouring of responses from the community at large from individuals who feel that they too have been victimised by Mr Couchman.

In a final attempt to curtail Mr Couchman’s public campaign we recently instructed a firm of Solicitors to send Mr Couchman a cease-and-desist letter. Mr Couchman failed to respond in any reasonable and meaningful way and has continued to publish statements which are false, disparaging, hyperbolic, and which are intended to lower the reputation and the esteem of ourselves in the eyes of the community and internet users.

We consider that the direct actions of Mr Couchman are contrary to the system of regulation of standards of council member conduct in England as well as its principles of selflessness, honesty, integrity, objectivity, accountability, openness, and leadership.

It is understood that several complaints have been made to the Wiltshire standards and monitoring committee concerning Mr Couchman’s conduct alongside, representations to Calne Town Council DoFA, Charity Commission, and Wiltshire Police.Our wish is for the sustained and unjustified libellous campaign
against us and Heart of the Community to stop.

Mr Couchman maintains that Wiltshire Police and Calne Town Council (Via Wiltshire Electoral Board) have found no basis for these claims.