A further yellow weather warning for snow has been put in place by the Met Office for tomorrow. 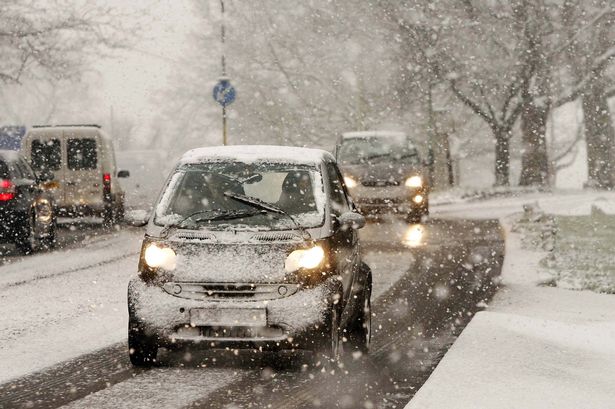 The warning is in place from midnight tonight to 10am on Saturday with forecasters predicting some areas could see up to 8cm of snow falling.

The warning covers a large part of the UK encompassing the majority of Wiltshire including Calne, Marlborough and Swindon.

There is also a yellow warning of winds for the area until 6pm tomorrow, with gusts of up to 40mph expected.

The Met office say: "An area of rain will move southwards across central, southern and southeast England on Saturday morning. Whilst this is expected to be mostly of rain there is a chance that this will turn to snow in places, even to low levels.

"There is a chance of 2-5 cm of snow falling in some locations and perhaps up to 8 cm over some of the higher ground above 150-200m.

"Were this to occur some disruption is likely but this would be short lived with any snow melting during the morning. The most likely outcome is that most places will see rain with only a little sleet or snow in the heaviest bursts."

- A small chance of travel delays on roads with some stranded vehicles and passengers, along with delayed or cancelled rail and air travel

- A slight chance that some rural communities could become cut off

- A small chance that power cuts will occur and other services, such as mobile phone coverage, may be affected.