THE A342 Devizes Road at Derry Hill has been closed this afternoon following an RTC. 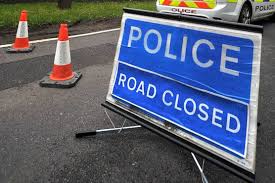 Emergency services were called to the scene of an RTC involving a black Renault Clio and a motorcycle.

Early reports suggest the motorcyclist has suffered serious leg injuries and has been taken to Southmead Hospital in Bristol – the closest major trauma centre by land ambulance.

The road has been closed in both directions.

A car and a motorcycle have crashed on the A342 Devizes Road at Derry Hill.

The road has been closed in both directions and a Collision Investigation unit is at the scene. The road isn’t expected to reopen until around 6pm.

A spokesperson for Wiltshire Police said: “We were called to the scene at around 12.35pm today following a report of a collision involving a motorcyclist and a car.

“Emergency services are at the scene and there are a number of road closures in place, so we would urge motorists to avoid the area at this time."