An independent, multi-agency report has today been published into the death of Ellie Gould.

Ellie, 17, was murdered by her former partner at her home in Calne on May 3rd 2019. He was later sentenced to a minimum 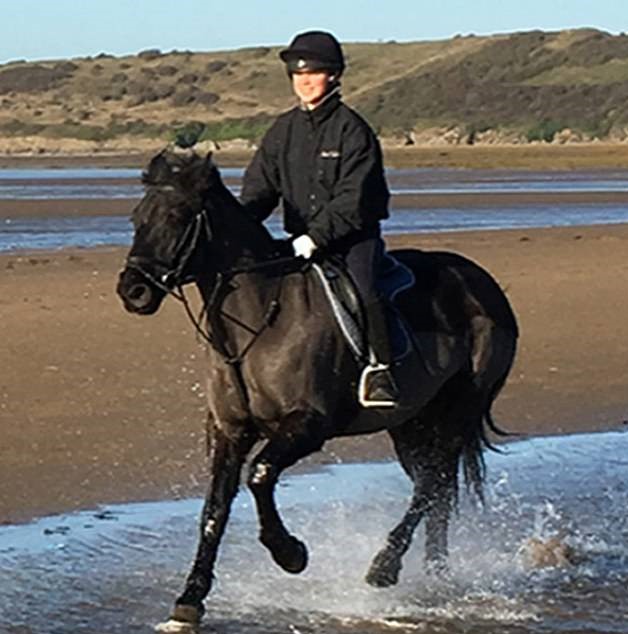 of 12 years and six months imprisonment after admitting killing Ellie.

The Domestic Homicide Review into Ellie’s death has been published today by the Wiltshire Community Safety Partnership.

The review ruled that Thomas Griffiths tried to disrupt Ellie Gould's studies, a form of behaviour known as "educational sabotage",

He admitted murder and was jailed for 12 and a half years in November 2019.

The independent review found no agency failings or shortcomings.

It said it was "alarming" how quickly their separation escalated to murder after she ended their relationship.

Ellie, a keen horse rider, attempted to fight off Griffiths after he attacked her with a kitchen knife at her family home in Calne, Wiltshire, in May 2019.

He later staged the scene to make it look like a suicide and returned to school.

The review stated: "In this case, the perpetrator appeared to be disrupting Ellie's studying during an important period of revision, displayed insecurities and appeared to be inducing guilt.

"His disruption of her studies thereafter should be seen within the context of educational sabotage."

It described educational sabotage as "a less known form of coercive control and economic abuse which disrupts a victim's ability to gain educational qualifications and furthers a perpetrator's power and control over them".

It said Ellie would have been able to use "the full range of specialist domestic abuse services" within Wilshire had she wanted or felt the need to.

Additional recommendations included further raising awareness of indicators of abuse in young people's relationships for agencies, as well as families and friends.

Assistant Chief Constable Mark Cooper, chairman of the Wiltshire Community Safety Partnership, said: "Tackling domestic abuse and violence, in all its forms, is every agency's responsibility and we will continue to work together to ensure we are doing all we can to support victims and educate everyone on this issue."

Ellie's friends have since campaigned for self-defence classes to be part of the school curriculum.

Chair of the Wiltshire Community Safety Partnership and Wiltshire Police Assistant Chief Constable Mark Cooper said: “The tributes from Ellie’s family and friends paint a picture of a vibrant, popular girl who touched the lives of many people in our community.

“Her murder, understandably, has left a lasting impact on so many and I would like to take this opportunity to pay tribute to Ellie’s family and friends who have campaigned tirelessly in her memory.

“Due to the circumstances surrounding Ellie’s murder, it was right that an independent review was commissioned in order to identify any learning which could assist agencies in the future.

“The independent panel found no shortcomings of any agency but have made four recommendations which centre on continued promotion of support services available to young people and their families in our county.

“Tackling domestic abuse and violence, in all its forms, is every agency’s responsibility and we will continue to work together to ensure we are doing all we can to support victims and educate everyone on this issue.”

Cllr Ashley O’Neill, Cabinet Member for Public Health and Public Protection at Wiltshire Council said: “Our thoughts are with Ellie’s family and friends who are living every day with the unspeakable tragedy of losing a loved one to an appalling murder. They have shown incredible bravery and dignity in the face of the most difficult circumstances.

“This independent report shines a light on the work we can all do to heighten awareness and encourage people to speak out if they have concerns about domestic abuse. We will work tirelessly with our partners to ensure people know how to spot the signs of domestic abuse and how they can access support.”