The mother of a young man from Calne who was been left with life changing injuries after being stabbed, is backing a knife amnesty campaign by Wiltshire Police. 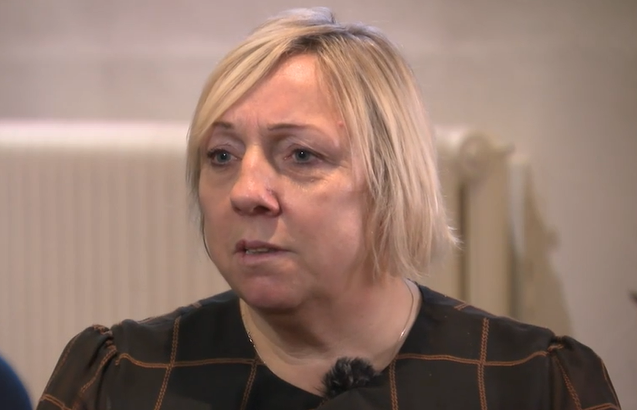 Cameron Tait was 21-years old when he was stabbed in the stomach following an argument with a 19-year-old man in the car park at Calne’s Bremhill View Social Club , three years ago.

Cameron was helped at the scene by friends who used clean clothing to staunch the blood, he spent the following five months in hospital and is 'lucky to be alive'.  Mum, Mrs Carol Tait said: “The stab-wound was only one and a half inches wide, but Cameron’s injuries were life-changing,

“It damaged his pancreas and his stomach muscles and he had sepsis twice. He was in a coma for two weeks. The damage that was done was horrific.”

She is now urging people to get rid of their weapons.

"Just don't do it. Kids, if you're thinking about it, if you've got a knife, get rid of it.

"Speak. Talk. Don't take it out in your car. Because if you do have it you're likely to use it," Carol added.

The then 19-year-old boy who stabbed Cameron, was jailed for four-and-a-half years, after being found guilty by a Swindon jury of GBH. He was cleared of a more serious charge of wounding with intent.

Mrs Tait said that she would like to see tougher sentencing for knife crimes but believes a key deterrent is in education by the police in schools.

From June 2020 to June 2021 there was an 8% decrease in knife crime nationally. But it is still a daily problem for police forces.

Already this year in Wiltshire there have been 223 incidents where a knife was used, the most recent on Saturday 13 November when a man was stabbed multiple times in Swindon.

"Carrying a knife, you're putting yourself at risk as well as others," said Inspector David Tippetts of Wiltshire Police.

"Statistically you're far more likely to be a victim of violent crime if you carry a knife than if you don't.

"So I would urge anyone who's thinking of going out of their home with a knife in their possession, not to do that, to use one of these bins. Get that weapon off the streets."

Wiltshire PCC Philip Wilkinson said: "“Whilst our officers are doing great work to get knives off the streets in Wiltshire, more needs to be done to make sure people feel safe in their communities. 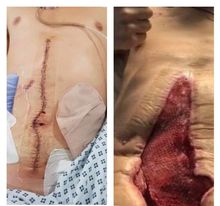 “It’s ultimately through the work of our early intervention teams that we’ll be able to effectively deal with knife crime. Knife crime not only ruins the lives of victims and their families but also of the perpetrators, who, in the majority of cases, are young.

“The Police and law enforcement agencies have their part to play in stopping knife crime but my office and other bodies have to intervene earlier where necessary, to make sure that we’re providing positive alternatives and opportunities to those who are at risk and vulnerable to being targeted and drawn in."

Anyone handing in a knife or weapon during the amnesty is advised to check the opening times of their nearest bin by visiting the Wiltshire Police website or calling 101.

If you have information about someone who carries a knife or is involved knife crimes please call us on 101 or 999 in an emergency. Information can also be left anonymously via Crimestoppers on 0800 555 111.