THE temporary traffic lights that have been in place since September will be in place for two weeks more than originally agreed. 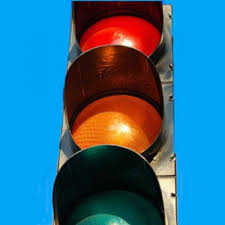 The two-way traffic lights were originally intended to be in place for 10 weeks while demolition work is carried out at the former Woodlands social club as developers, Stonewood Partnerships continue works there on the new homes development 'The Courtyard'.

However, developers say the work has not gone as smoothly as they had hoped and an agreement has been made with Wiltshire Council to extend the lane closure for a further two weeks with a new scheduled time of 12th December 2021.

The closure has caused traffic problems throughout the town since it came into force leading one reader to query why it has been allowed to be in place when it is for a private development and not the benefit of the town. In response Cllr Sam Pearce-Kearney told us: "I believe the roadworks on the road have been allowed to go on for so long because they are essential to protect the listed wall and building. "

In the meantime, allow extra time for all journeys and drivers are asked to cut the engines on their cars when stuck in stationary traffic to reduce harmful emissions.