CALNE Pop-Up Pocket Park have cause for celebration this week as Wiltshire Council have extended its licence for a further three years from March 2022. 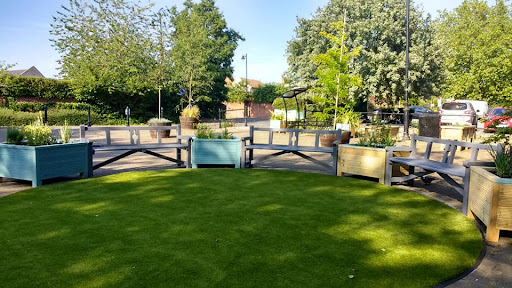 Calne Pocket Park is run as a non-profit community enterprise and was originally granted a licence on the unused site of Calne Old Market for three years from March 2019. The raised planters and benches were made for Calne’s pocket park by Calne Men’s Shed, another voluntary organisation. The park has received funding from a government pocket parks initiative and from Wiltshire and Calne Councils, as well as donations from local businesses and the public.

During the pandemic, the park’s hard-working team of volunteers has kept the park going as a community resource. Although plans had to change to accommodate social distancing and lockdowns, the Park has proved invaluable in enabling people to meet safely in a green environment.

Fiona Campbell, Chair of the Park’s management committee said:  “The renewal of our licence is really great news. At a time when the safest place to meet has been outdoors, we are proud that the Park has played its part in supporting our community.”

During the pandemic, park volunteers introduced a free book swap scheme for adults and children while the library was shut. This has been so popular that it is carrying on now that the library is open. Volunteers also organised a vegetable swap day and several socially distanced art and nature activity days for children over the summer, as well as a children’s and an adults’ walking tour of the town. 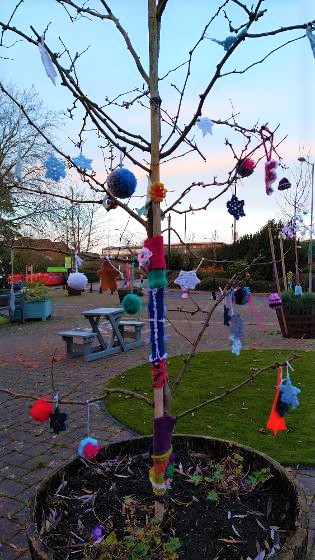 To alleviate lockdown boredom, Calne residents were invited to knit and crochet Christmas and Easter decorations for the Park’s small trees and, this week, to make poppies for Remembrance Day. “We’ve been inundated with the most wonderful little woolly creations,” said Fiona, “and we’ve seen how coping with the pandemic has really brought out people’s creativity and community spirit.”

When restrictions eased, family theatre performances have sold out. The Park provides a magical setting beside the river for plays like The Wind in the Willows.

“We’ve found the pocket park to be a real lifeline in bringing together older people who were struggling for lack of company during the pandemic,” said Diane Gooch, Calne’s Older People’s Champion. We were able to organise a number of socially distanced coffee mornings and a visit from a mobile farm, with permission from Public Health. We have also used the Park as a community postbox where children could deposit a card for an older person to accompany the afternoon teas we distributed to people living on their own. We had so many cards that we were able to send two to each older person.”

“We’re so pleased that we can carry on next year,” said Jacqui Gallimore, the park’s honorary secretary, who submitted the licence application. “We’re already making plans for events and are just about to enlist the help of Calne’s young River Warriors in our annual bulb planting day. Now that we know we will be here next Spring, we hope our tulips and daffodils will provide the most glorious display yet.”